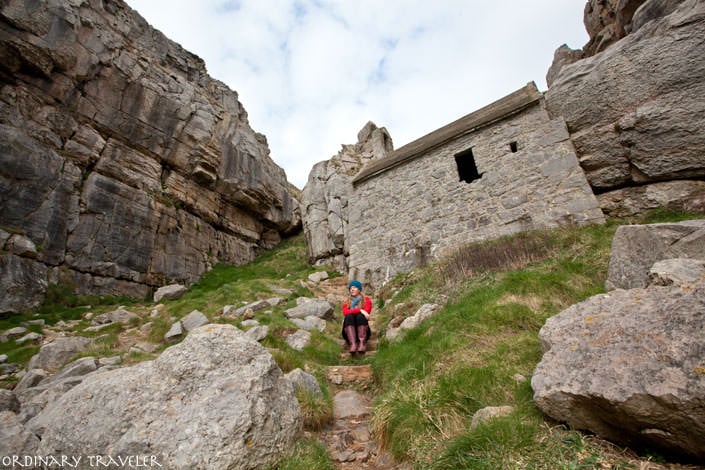 If your only experience of the UK is an inter-city motorway, you’re missing out on all the best views. Perhaps it’s time to get away from the arterial roads and expressways and a enter world of stunning mountain views, rugged coastlines and golden beaches. Here are 5 places to visit on a UK road trip!

Taking around 40 minutes to complete, this route in Wales is a tricky but exhilarating drive that takes in just over 11 miles of long straights, hairpin bends, steep ascents, sharp descents and breath-taking bridges.

The road reaches 479 metres at its highest point and is set against a backdrop of forests, mountains and picturesque villages. Be sure to stop off at the reservoir at Llyn Brianne and take a moment to savour the views and take in the fresh, country air.

The country lanes and winding roads around Belfast are perfect for exploring by car – head up the Antrim coast to take in the stunning views before reaching the Giant’s Causeway.

Head back inland along the A29 to check out the ancient seat of the Kings of Ulster and Navan Centre and Fort and then head back out through the Mountains of Morne and end the trip at the quiet seaside town of Newcastle – which is nothing like its rowdy namesake in the North East of England.

Look out for stately homes along the way and if you’ve got your sea legs take in one of the many boat trips that leave from points all along the coast.

Situated bang in the heart of the West Country between Bristol and Weston Super-Mare, Cheddar Gorge is Britain’s biggest gorge and a most breath-taking bit of natural beauty.

Negotiate the twists and turns through the dramatic 450 foot high limestone cliffs and on to the stalactite caverns, which reveal secrets of the prehistoric age and, if you’ve a head for heights, try some adrenaline-pumping rock climbing.

The 22-miles of the Black Mountain pass is a challenging and inspiring route that reaches 495 metres at its highest point along the Brecon Beacons’ Black Mountain.

Stunning views across the mountains and some breathtaking hairpin bends mean you’ll have to keep your wits about you, and once you’ve done the 45-minute drive you’ll undoubtedly want to do it all over again.

A ride through the plains and past herds of elephant, prides of lions, or troops of baboons may not be what you’d expect from a UK road trip, but if you want something a little out of the ordinary, why not try out an African adventure?

If you find yourself around the North West, a trip to Knowsley Safari Park will not only mean you can drive past a menagerie of wildlife in your car, you can learn about the animals’ natural habitat in one of the Keeper Talks, watch the sea lion display, take a ride on the funfair or take on the challenge of the high ropes.

Or if you’re in the South East, you could even take in an overnight safari with a night at Livingstone Cottage in the Port Lympne Reserve in Kent. And if that’s not enough wildlife, there are dozens of zoos and safari parks dotted all around the UK.

Set in Derbyshire’s Peak District, Snake Pass crosses the Pennines between Glossop and the Ladybower Reservoir at Ashopton. It’s a tangled track of sharp corners and hairpin bends along some rolling moorland and riverbanks and has some great pubs to stop off at along the way.

The 42-mile drive should take about an hour and a quarter, reaching 347 metres at its peak and is the best way to take in the views of the National Trust’s High Peak Estate.

Ideas for a Rainy Day in London

Why Wales is a Perfect Destination for Solo Travelers

What to Pack for a Trip to Scotland

Scotland Travel Tips: Everything You Need to Know

8 Amazing Places to Visit in Wales