Ordinary Traveler / Blog / Asia / How To Visit Japan On A Budget 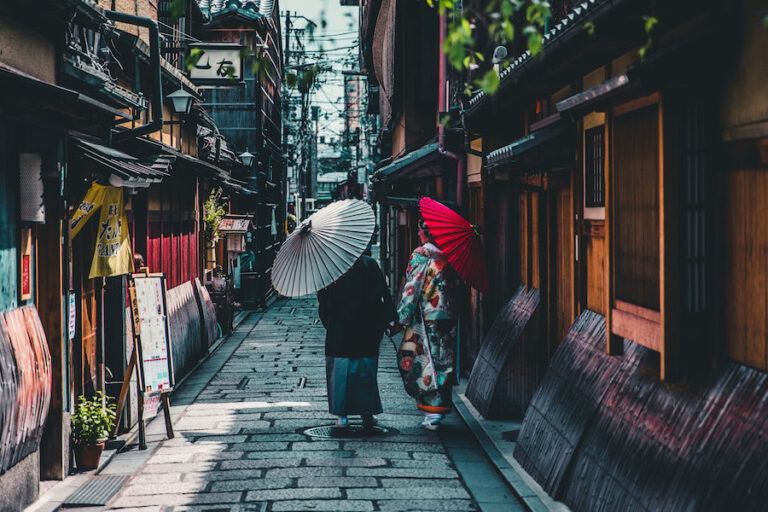 Between transportation, food, activities, and accommodation, these are my top tips for visiting Japan on a budget!

With its reputation as being one of the most expensive countries for travel, a trip to Japan might seem like a wallet-busting pipe-dream. However, while Japan certainly isn’t as cheap as other Asian destinations such as Thailand or Cambodia, visiting Japan on a budget is totally doable — it just takes some extra planning and research.

In fact, on my recent visit to Japan, I found that the prices were overall on par with many destinations in the United States. It may not be super cheap, but you can easily tailor your trip to suit your budget. 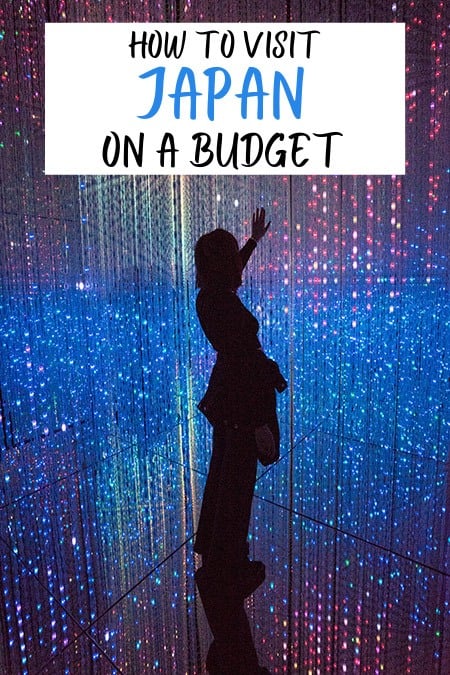 How To Visit Japan On A Budget

For regional trips, your top options are bullet trains, buses, or planes.

Bullet trains are very expensive but worth the splurge if you’re short on time (the trains zip through the countryside as fast as 200mph). If you only plan on visiting a couple of places in Japan, then opting for a single-ride pass is probably your best bet, but if you plan on doing a lot of regional travel then definitely look into a Japan Rail (JR) Pass – it has multi-day options at a set price and could end up saving you BIG.

Personally, I compared the prices and didn’t find the JR pass cost-effective for our 6-day trip, but it might be worth it for a longer stay. Plus, in some cases, the bullet trains serve local areas and are used intra-city.

Also, keep in mind that you’ll often save a lot of money on the JR Pass if you purchase it online ahead of your trip. Of course, you can buy it when you get to Japan, but be prepared to pay about 20% more. 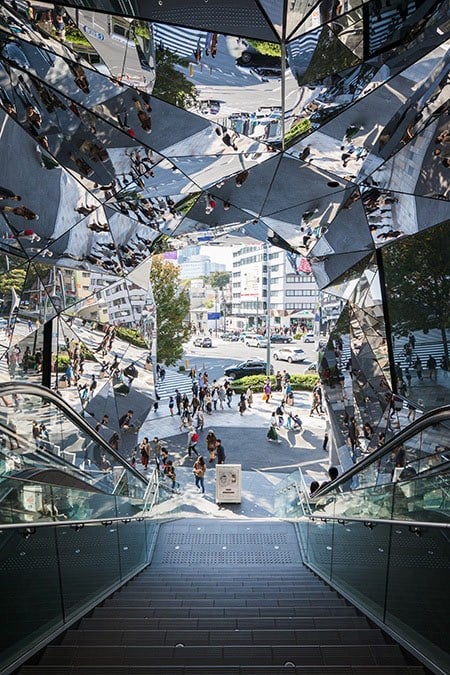 That said, if money is the main concern, you can save a lot by avoiding the bullet trains and taking the bus. The buses in Japan are clean, on time, and all-around amazing. Yes, they take a lot longer than the bullet trains, but you’ll save a pretty penny.

And finally, flying regionally around Japan can be an affordable option. There are a few budget airlines in Japan, and it’s worth doing a quick flight search to compare prices.

Read more: My 25 Best Travel Tips After 10 Years of Traveling the World

For local travel in Japan, it goes without saying that walking is your best bet. Taxis and Uber are expensive in Japan, and we found that walking for 20-30 minutes in Tokyo was often much better than trying to deal with the metro. Just wear comfortable shoes!

That said, if you do plan on taking the metro in Japan, note that most of the local tickets cost between 100-200 JPY one-way. The prices of the ticket vary depending on how far you’re traveling, so if you’re concerned about it racking up fast, then you can buy a day pass which will give you a full day of unlimited travel for roughly 800 JPY.

Note: If you are traveling on the local trains, give yourself extra time in case the train or bus is at full capacity. It happens more often than you’d think! 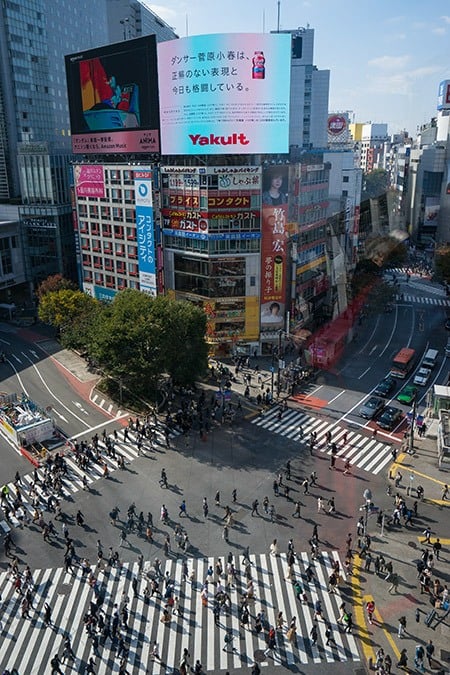 Saving Money on Accommodation in Japan

Housing and living costs in Japan are typically very high and, unfortunately, this tends to translate into accommodation prices. Finding a budget place to stay will take a bit of work, but that’s not to say it can’t be done.

For the cheapest stays, your best bets will be hostels, Airbnb’s, and ryokans (a traditional Japanese lodge that features matted floors, communal bathrooms, and very little furniture).

It’s important to note here that while Airbnb was once banned in Japan, a 2018 ruling has opened the doors for the service and so you’ll more than likely be able to find a great place to stay. 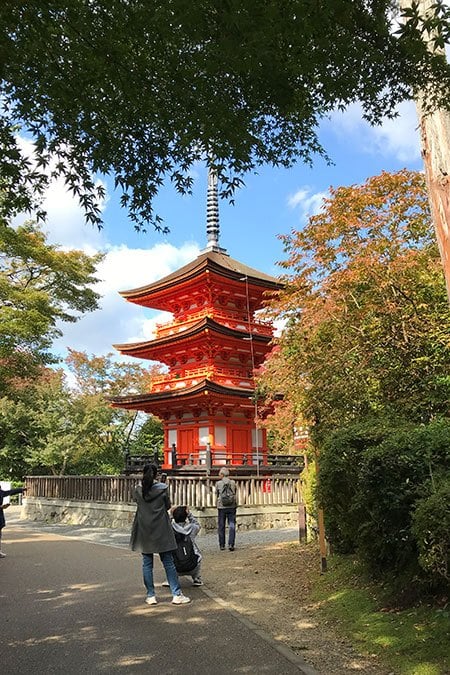 Additionally, consider staying in a capsule hotel. Capsule hotels, as the name denotes, are essentially pods that you sleep in. You’ll share common areas and bathrooms with the other guests, but have a private space to sleep at night. They’re much like hostels in function but are generally more upscale and akin to hotels in clientele.

Saving Money on Food in Japan

Convenience Store food in Japan is not the typical greasy fare that you’ll find in the States. In fact, I ate so many good pre-packaged meals from 7-11 and found they have a really diverse selection. While the food in Japan isn’t outrageously priced, this is definitely an easy way to scale back the budget.

Tip: Family Mart egg salad sandwiches are the bomb. I ate these at least once a day mostly because they were so yummy (and cheap!) 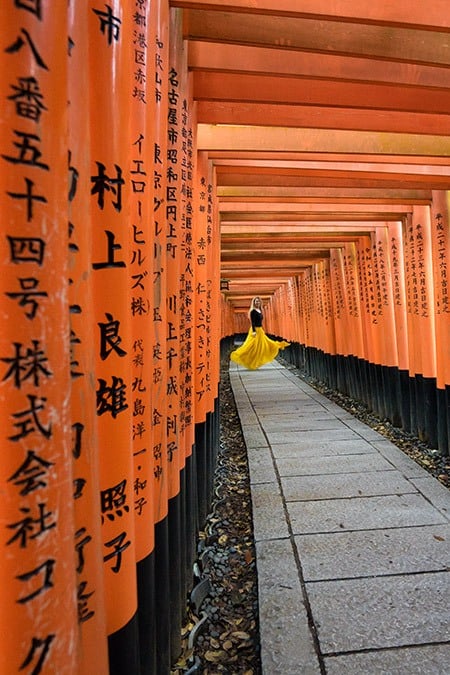 If you’re looking for a cheap, easy, and reliable place to get a bite to eat in Japan, then look no further than the mall. So many of Japan’s malls have generally the same layout so finding the food court inside shouldn’t be too much of an issue.

Then, when you get to the food court, the options are endless. Most food courts will have Western fast-food staples, tons of street food choices, and traditional Japanese fare.

If you’re catching a train or just find yourself near a station, then definitely check out the food kiosks in the train station.

Known in Japan as ekiben (eki is the Japanese word for station, and ben is short for bento box), boxed meals can be found at pretty much every major train station in the country and, let me tell you, they are delicious. In an ekiben, you can get meals such as tempura, fried chicken, rice balls, dumplings, and even stuffed squid. But this is just the tip of the iceberg — there are so many options.

However, keep in mind that while eating in public, including commuter trains, has traditionally been discouraged in Japan, times are changing. Note any signs that say eating isn’t allowed and try to follow suit, but if you see other people doing it then you should be fine.

Ramen is considered casual fare in Japan and it’s usually priced accordingly. In my experience, a standard bowl of ramen was never more than 700 JPN, but of course, that price can fluctuate depending on if you add toppings or get side dishes. 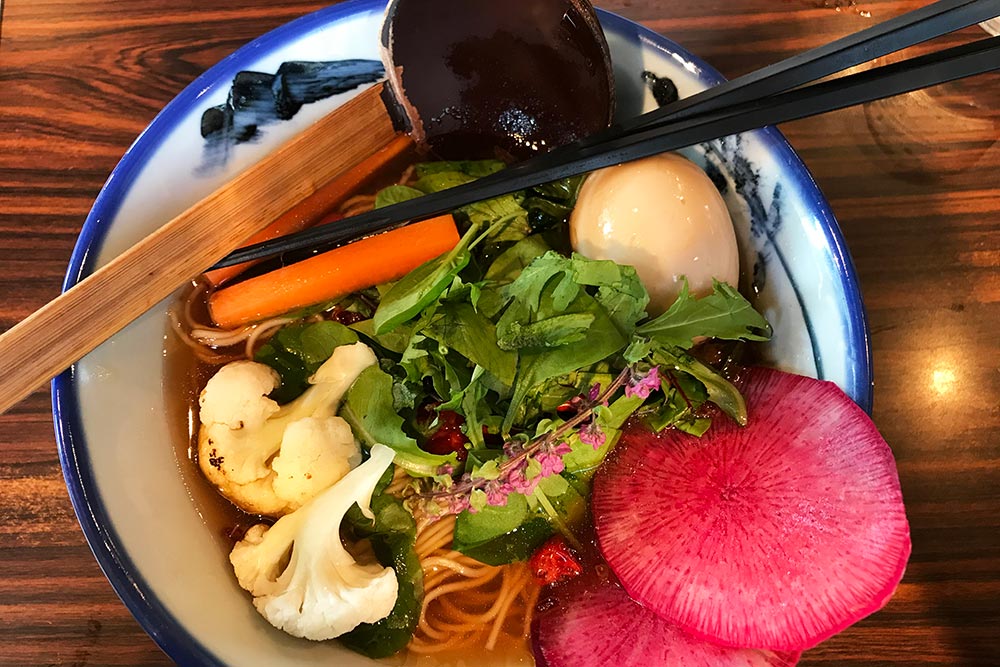 If one of the main reasons you’re traveling to Japan is to stuff your face with Sushi, then hop on the conveyor belt sushi train!

Conveyor belt sushi is a type of Japanese restaurant where plates of sushi are placed on a rotating conveyor belt that goes past every table. As the dishes go by, you choose what food you want and then only pay for the amount and type of food you chose.

Read more: 20 Best Travel Hacks That Will Save You Money

Saving Money on Attractions in Japan

Unlike accommodation and overland travel, visiting Japan’s attractions shouldn’t eat up too much of your budget. Unless you go to specialty places, Japan’s attractions are fairly priced so just make sure to do your research on the admission fees of the places you want to go and factor in the costs. 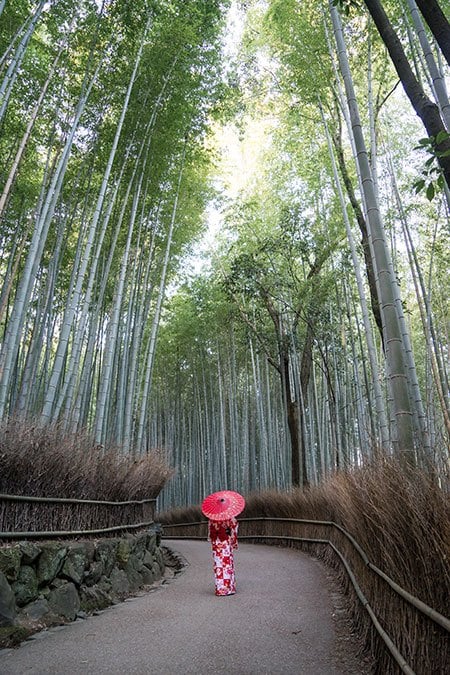 However, if you want to be super stringent in this regard, then be sure to take advantage of free attractions across the country. Free attractions in Japan include watching fireworks during Hanabi season (July and August), partaking in a street festival, watching sumo wrestlers practice, strolling around public parks, or visiting the Tsukiji Fish Market in Toyosu (it’s the largest fish market in Japan!)

Plus, if you plan on visiting any temples or shrines around the country, then do a little research on the price difference. Temples generally refer to Buddhist temples, and the admission fees can range anywhere from 300 – 600 JPN. Meanwhile, shrines are Shinto worship places, and you’ll find that admission to them is mostly free.

Finding free activities in Japan will take a little research, but planning a full itinerary full of free or cheap activities is totally doable. 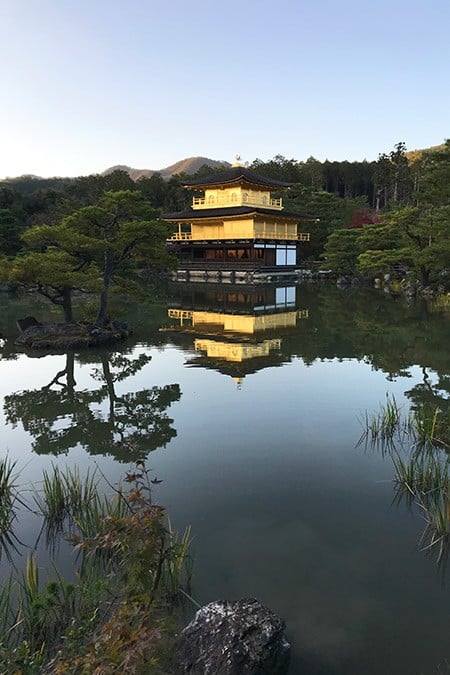 How Much Should You Budget for Japan?

If you take the advice in this article to heart, then traveling around Japan can be really very affordable. By not traveling around too much (or just taking the bus), eating cheaply, staying in budget accommodation, and hitting up some free attractions while you’re at it, you can easily spend less than $100 USD/ day.

That said, if you want a little wiggle room when it comes to accommodation and overland travel, then I recommend budgeting a bit more. $200 USD/day would be overdoing it, but somewhere in the middle will keep you comfortable and give you a happy wallet.

However, keep in mind that this cost doesn’t include getting to and from Japan. From the United States, a round-trip flight to Japan can be anywhere from $800 USD to $1500 USD. This cost will fluctuate depending on the time of year you choose to travel and where you’re traveling from, so keep an eye on prices and see if you can score yourself a deal.

Plan Your Trip to Japan

Flights: Scott’s Cheap Flights is the first place we check when searching for cheap flights. If you sign up for their email alerts, you’ll receive flight deals at up to 90% off. I have traveled all over the world using their flight deals.

Accommodation: Booking.com offers savings on hotels, apartments, and villas in 80,000 destinations worldwide. You can browse hotel reviews and find the guaranteed best price on hotels for all budgets.

Travel Insurance: We never travel without a travel insurance policy because it’s not worth the risk! We use and trust Visitors Coverage, which we’ve used for the past 8 years. 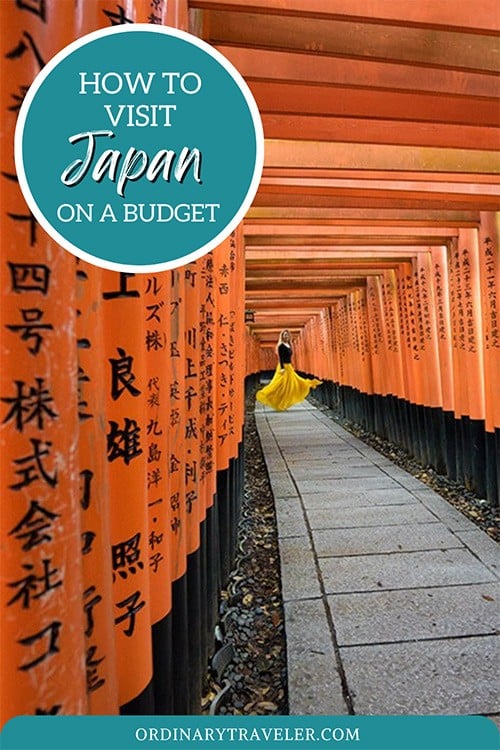 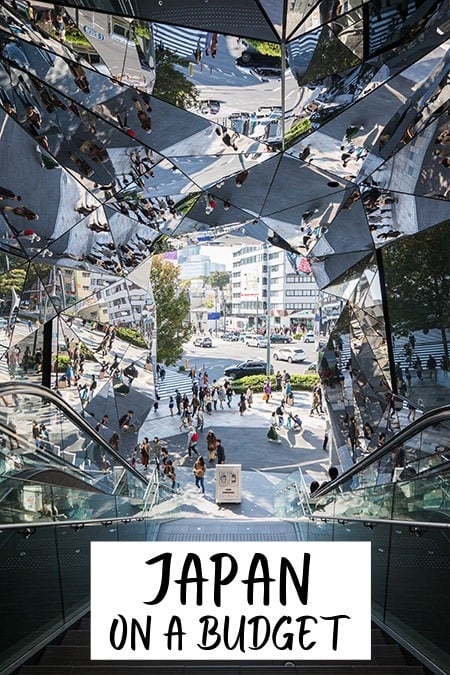