Ordinary Traveler / Blog / California / The Forgotten Coast: Off The Beaten Path in California 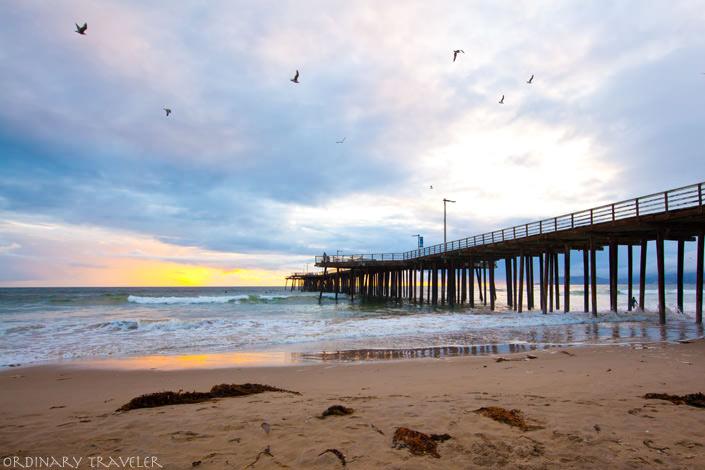 Obviously there is more than enough beauty on this coast with Big Sur, Monterey and Santa Barbara, but what about the smaller areas of the Central California coast? Scott and I recently went on a trip to explore a few of these places and this is what we came up with. 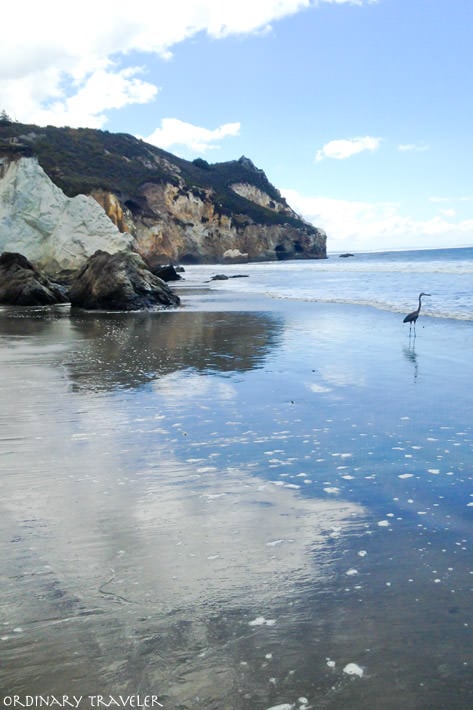 The Forgotten Coast: Off The Beaten Path in California

First we stopped in Morro Bay, a charming little town with great cafes, shops and outdoor sights. This place is most famous for its landmark called Morro Rock, a 581-foot volcanic plug which is considered to be sacred by a couple of local Indian tribes. 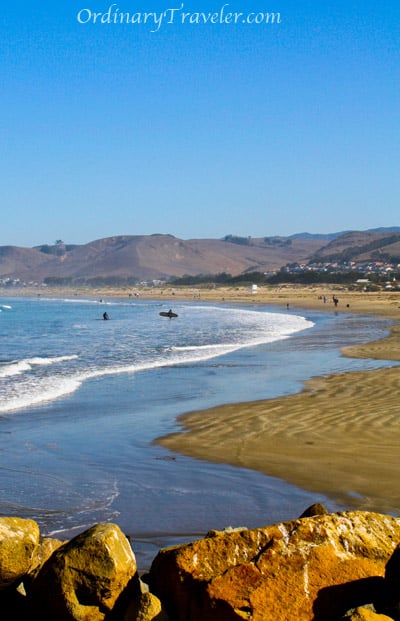 We stopped here to check the surf. There were a few people out catching waves, but after realizing we would freeze in our measly 3/2 wetsuits, we decided to watch the surfers instead of joining them. This right and left sandy, beach-break is also known as “The Rock.”

Where to Stay in Morro Bay

Harbor House Inn is just two blocks from the waterfront and is a great budget stay in Morro.

Masterpiece Hotel is a mid-range stay just 5 minutes away from Morro Rock. This Andalusian-style motel features an indoor hot tub and a daily wine reception. 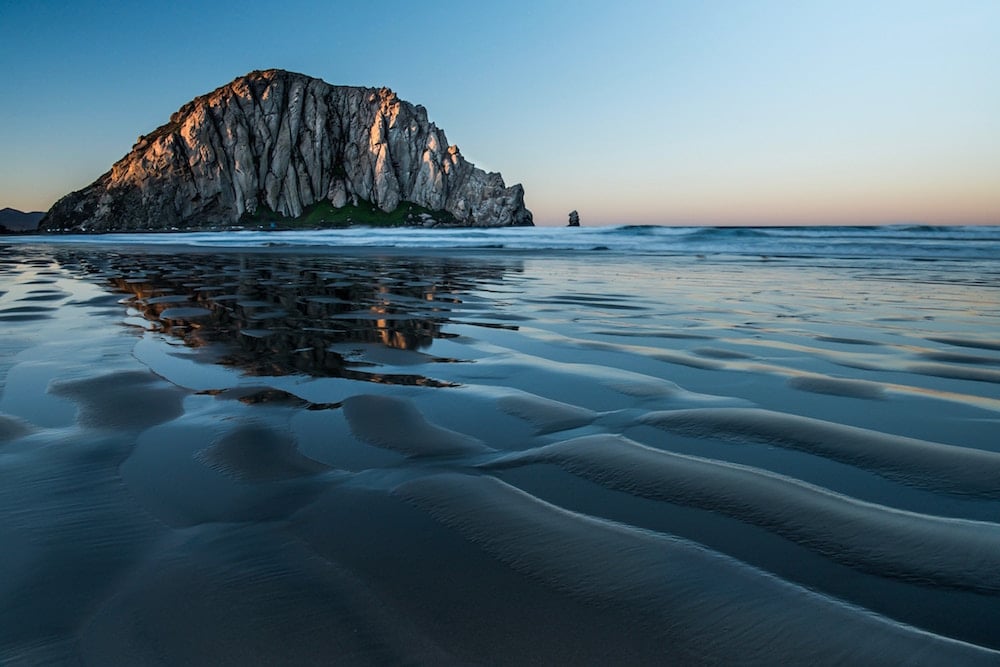 Read more: 12 Best Small Beach Towns in California (And Where to Stay)

When I was growing up in Northern California, San Luis Obispo seemed like heaven. Of course, when you are a kid you would rather be any place other than where you live, but I had friends with older siblings that headed off to college in San Luis Obispo so it seemed like the cool place to live.

My parents even let me visit one weekend while I was still in high school. I won’t go into detail about that trip since it mostly involved drinking and I don’t remember much of the scenery.

On this particular trip with Scott, we took full advantage of the outdoors by staying at El Chorro campgrounds. Ideally we would have liked to stay at a campground on the beach, but most beach campgrounds are booked in the summer — sometimes up to a year in advance. 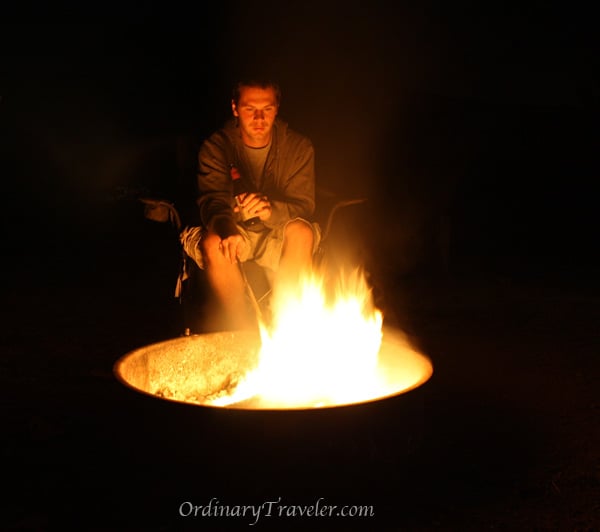 El Chorro is somewhat remote and only about half of the 63 sites were taken. The best part was waking up and realizing the campground shower requires quarters and we didn’t come prepared. My advice is to bring quarters if you want to get clean and avoid an extremely quick shower.

For those travelers who prefer not to camp, we found the hidden gem, Granada Hotel & Bistro, on another trip to this area and if you want to explore downtown, everything is within walking distance. We absolutely loved our stay there.

Unfortunately we didn’t have enough time to check out any of the beautiful hiking spots in the San Luis Obispo area. We really wanted to hike the “Big Falls” trail.

If you have 4wd and you want to camp on the beach, there is usually availability year round at the Oceano Dunes in Pismo Beach. This is one of the only places you can find last minute camping on the beach because you can’t camp unless you have 4WD.

If you just want to drive through the park and you don’t have 4wd, they will let you only at low tide. Just make sure to drive as close to the water as possible and don’t make any sudden stops or you will get stuck. Just so you know, Scott and I did get stuck in my 2WD 4Runner. It was not our finest hour, but everything ended up fine and we were able to get out before the tide came up.

ATV rentals are available at the park entrance for about $55-$60 for 2 hours. The dunes are amazing and camping right on the beach is a must. 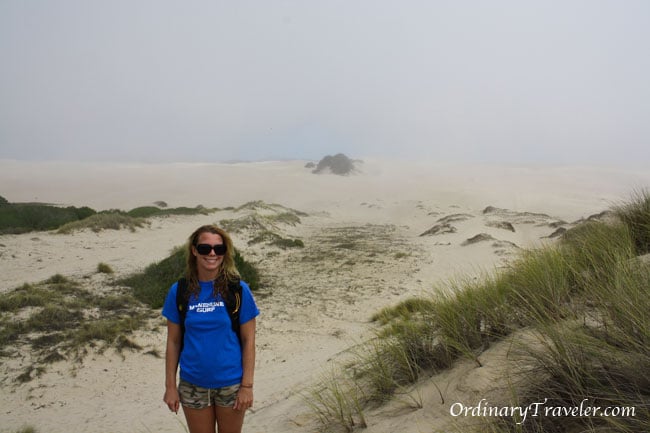 Pismo has some surf spots such as Pismo Pier and the dunes. We headed out for a two hour surf session at Pismo Pier. This sand bottom beach-break was fun, but the waves were a little mushy that day which is fairly common in summertime.

You cannot visit Pismo Beach without eating at Splash Café! They make award winning clam chowder. If you order the clam chowder in a bread bowl it’s probably enough for two people since it’s a heavy cream dish. We also tried the steamed clams which were very tasty. I find it odd that I liked both of these dishes so much since I’m usually not a big fan of clams.

Read more: 15 Best Weekend Getaways in California (And Where to Stay!)

About 2 hours South of Pismo, off Hwy 1, is a little gem of a place called Jalama State Beach. We love this place so much that we almost want to keep it a secret.

If you plan on camping here, they don’t take reservations so it is nearly impossible to get a spot in the summer unless you go on a weekday and are willing to show up at 7 am to wait in line until they open at 8. Even then, you may be turned around only to drive the 14.5-mile windy road back to Hwy 1 and find other accommodation. I would suggest going on the off-season.

Jalama is off the beaten path and it takes about a half hour to drive the 14.5-mile road since it is very windy at times, but well worth the drive. Once you get there, you will find a beautiful, uncrowded stretch of beach. The surf was good and the crowd in the water was fairly small too.

Please know your limits because the waves at Jalama can get heavy in the winter. 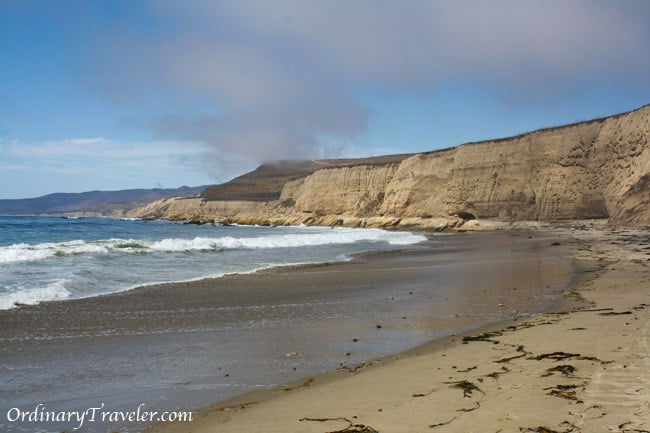 While you are here, stop by the Jalama Beach Store and Grill and have a “World Famous Jalama Burger.”

I find the Central California coast to be more rural than the other two coasts of California and this is one of the things I like most about it. We have since been back and visited Big Sur a few times, a place that I cannot say enough good things about.

Have you been to the Central California coast?

15 Best Things to Do in San Diego, California

Previous Post: « Getting a Tattoo in a Scene from Saw
Next Post: What I Loved Most About Visiting Dhading, Nepal »