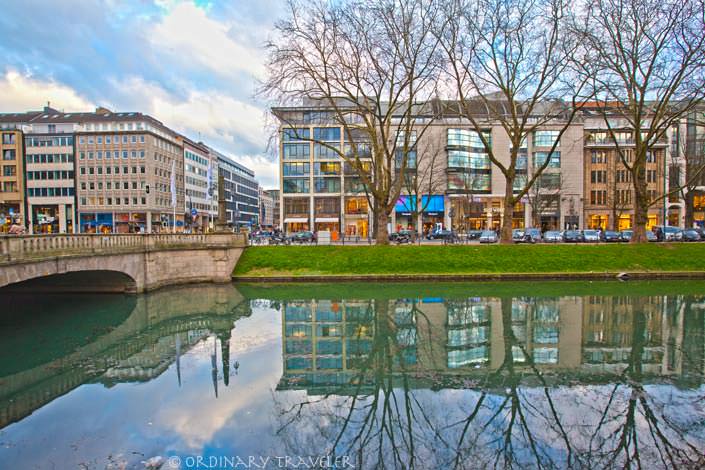 Dusseldorf was my first introduction to Germany and I couldn’t have picked a better city to get a taste of German culture. I did pass through Germany on a European tour in my twenties, but I’ve always had slightly negative feelings about the country after being robbed while sleeping on the train.

I know I can’t judge an entire country based on one incident — and on a train nonetheless — so when Air Berlin invited me to experience Karneval in Dusseldorf (the Mardi Gras of Europe) it sounded like too much fun to pass up.

I decided to visit Dusseldorf, Germany during one of the busiest times of the year and yet I never once felt overwhelmed. I was with a group for part of my visit, but I did have plenty of time to explore the city without a guide. In fact, I barely pay attention to directions, train stops and street names when I’m on a tour, so I figured I’d be constantly lost during my free time in Dusseldorf — which surprisingly wasn’t the case.

5 Reasons Why You Should Visit Dusseldorf, Germany

Coming from someone who rarely has an opportunity to navigate public transportation at home, I found the buses and trains in Dusseldorf to be very user friendly. When I wasn’t sure which bus to take, I just asked a lot of questions and usually found the drivers to be helpful.

I highly recommend purchasing a Dusseldorf Transportation Card for 24, 48 or 72 hours, which gives you unlimited rides on the subway, bus or the tram (in addition to free or discounted admission to museums) for as low as 9 Euro. 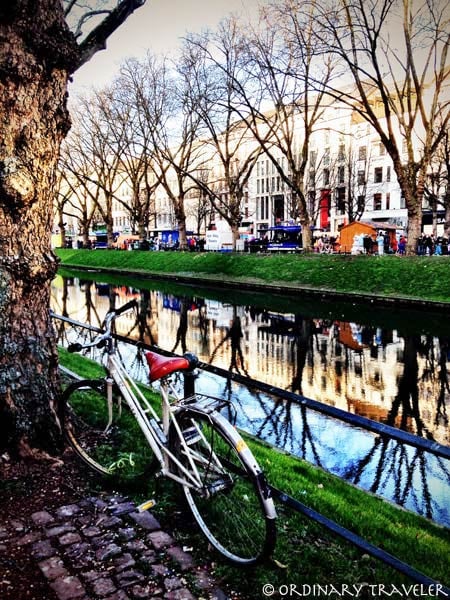 Let’s face it: if you are an American, then there is a good chance you don’t speak German. I did my best to learn a few key words and phrases, but for the most part, I spoke English and always received a reply in my native tongue.

Finicky eaters won’t have a problem finding a place to eat here. Once you have had your fill of local dishes, you will have your choice of International restaurants with cuisine from countries like Argentina, Spain, Thailand, Ireland, Italy and Vietnam. Due to its large Japanese community, Dusseldorf also has the best Japanese food outside of Japan! 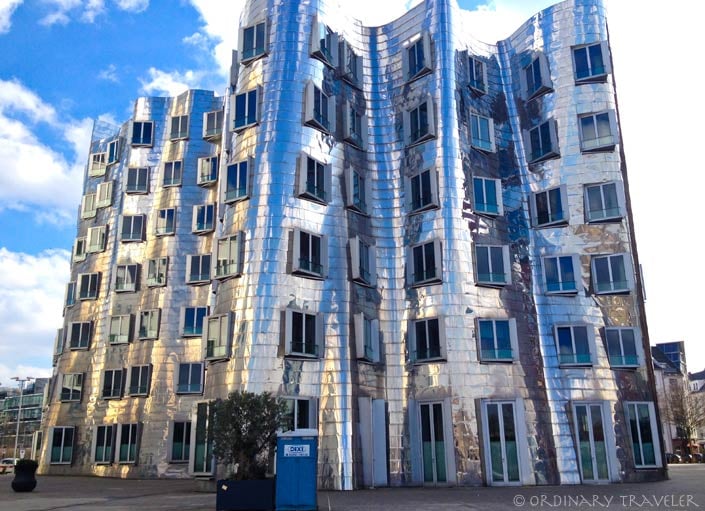 The City of Short Distances

Dusseldorf is known as the city of short distances, so it’s not even necessary to take public transportation to explore most of the city, especially if you are staying in a hotel in or near Altstadt. I stayed at the Breidenbacher Hof and it was conveniently located near all of the main attractions in the city.

Distance Between Other European Cities

Air Berlin flies direct to Dusseldorf from Chicago, New York, Miami, and in mid-April they will bring back their direct route from Los Angeles. Dusseldorf is also a great starting point to visit other European cities — many of which can be reached within one hour by plane.

10 Things You Should Know Before Traveling to Europe

The Best Places to Visit in Iceland

To learn more about this German city, watch TravelDudes guide to Dusseldorf video.

A big thanks to Air Berlin, Visit Dusseldorf and the Breidenbacher Hof for hosting my stay in Dusseldorf. As always, all opinions are my own.

Previous Post: « The Secret to Living the Life of Your Dreams
Next Post: Feeling the Love at Dusseldorf’s Karneval »