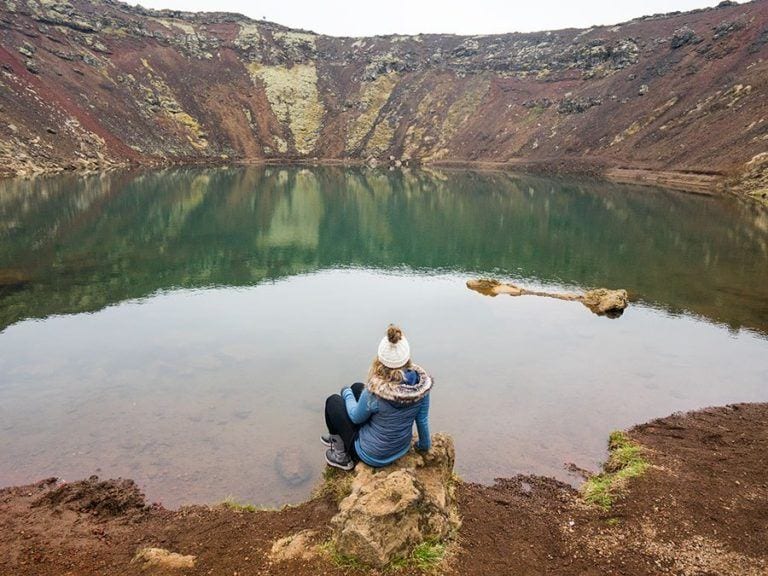 Looking for the best places to visit in Iceland? These 11 must-visit sights cover the top attractions and a few lesser-known spots you won’t want to miss!

With its spectacular landscapes, hospitable culture, travel-friendliness, and Northern Lights reputation, Iceland sits at the top of many travelers’ bucket list. In fact, there are so many great spots to experience in the country, it can be tough to know where to start.

While the entire country is an adventurer’s dream destination, here are our picks for the top places to see in Iceland! 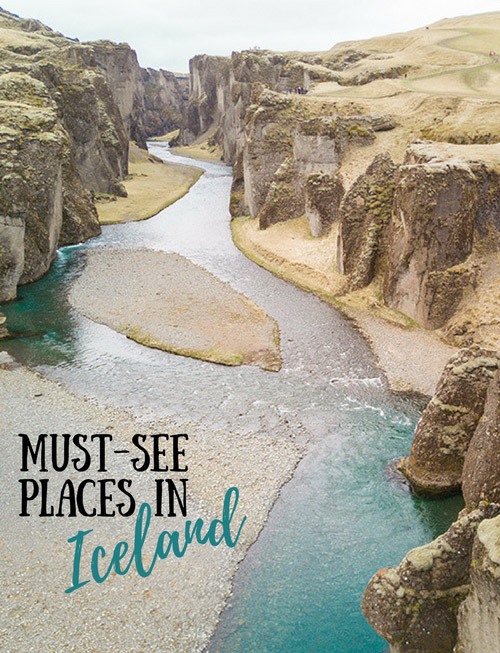 The Best Places to Visit in Iceland

The Blue Lagoon is Iceland’s most popular attraction, and it’s easy to see why. The lagoon is a geothermal spa located in a lava field in Grindavík, and the toasty warm seawater is chalk full of minerals such as silica, which will rejuvenate and hydrate your skin.

Not to mention, the water’s milky blue luminescence makes it one of the most popular places in Iceland for photography. Don’t forget to bring your swimsuit!

To enjoy time at the Blue Lagoon, you’ll have to pre-book. Being only 20 minutes from the airport, it’s recommended to plan your visit either right when you arrive in Iceland, or right before you depart. 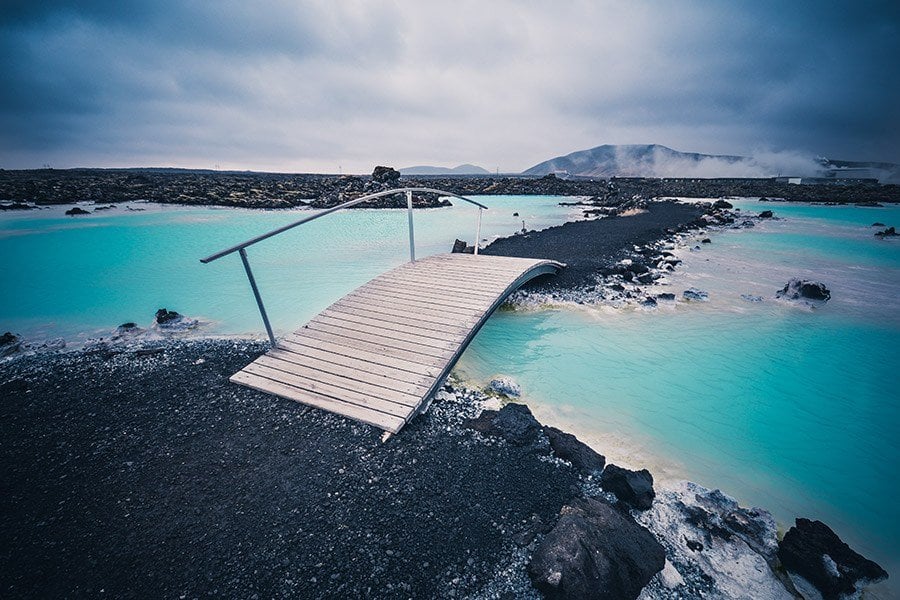 The Golden Circle is a 300-km route that loops from Reykjavik through some of Southwest Iceland’s most popular, and photogenic, natural sights. The route is easily done in a day, and you can expect to spend anywhere from 4-8 hours on it; depending on how often you stop at each sight to hike or take photos. 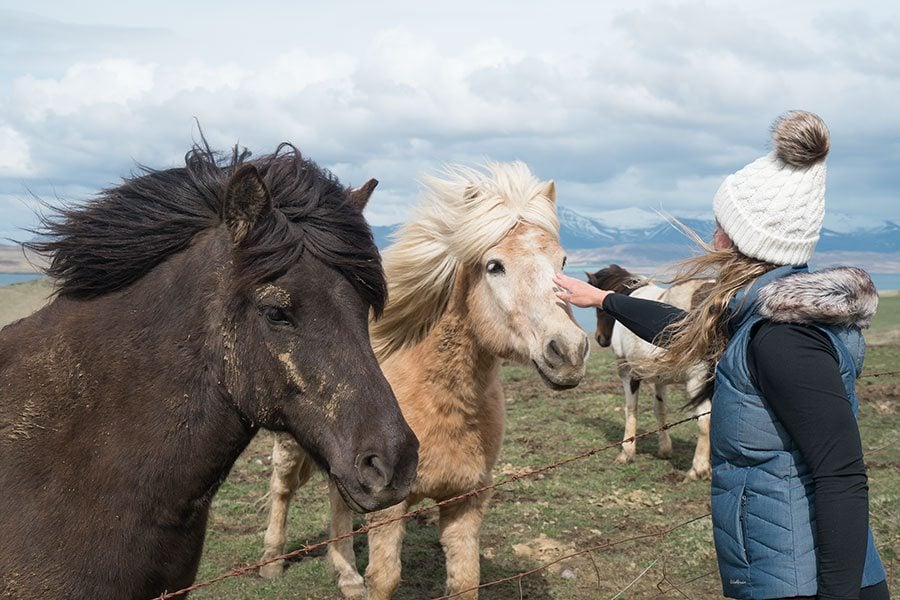 Gullfoss Waterfall, located in the Hvítá river canyon along the Golden Circle route, is one of Iceland’s most popular, and breathtaking, tourist attractions. Only one and a half hours from Reykjavik, the waterfall stands 32 meters high and flows through a three-step “staircase” before pouring down over two tiers.

What makes this waterfall so interesting is that you’ll be viewing it from the height of the upper lakebed, cascading and crashing into the river below!

Read more: What to Pack for a Trip to Iceland

Also known as Glacier Lagoon, Jökulsárlón is right next to Vatnajökull, Europe’s largest glacier, and is famed for the magnificent icebergs that dot the landscape. The lagoon is particularly striking as it is home to both a black sand beach that sharply contrasts its blue waters, and, in the wintertime, seals! 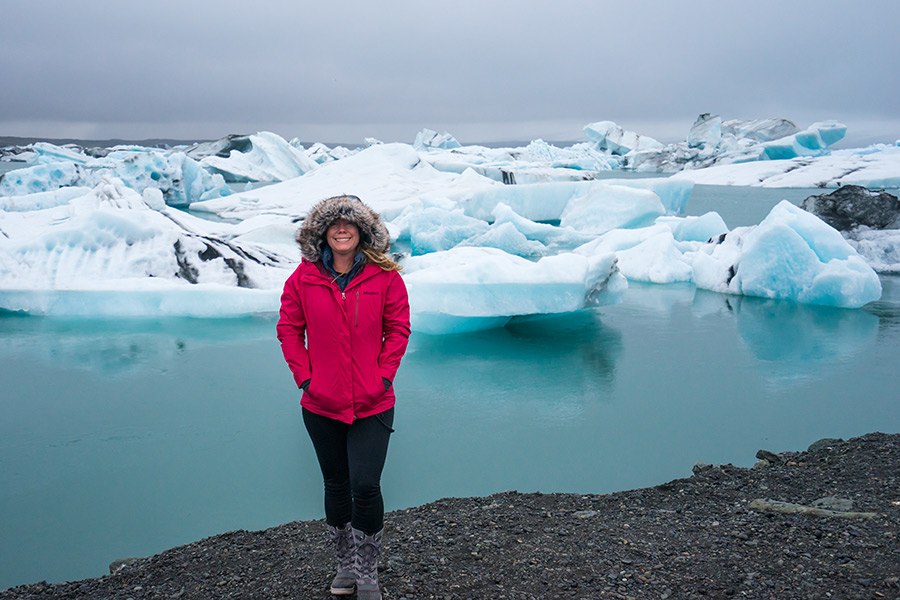 Standing tall at 60 meters high, this stunning waterfall is one of the biggest in Iceland, and it sits only a few kilometers away from the Southern Coast along the Ring Road. A sight that can’t be missed, on a sunny day the mist from the falls forms glittering rainbows against the cliffs — it makes for a great photo op!

To get the best view of the waterfall, hike 527 meters up the side of the falls; it’s definitely worth the effort! 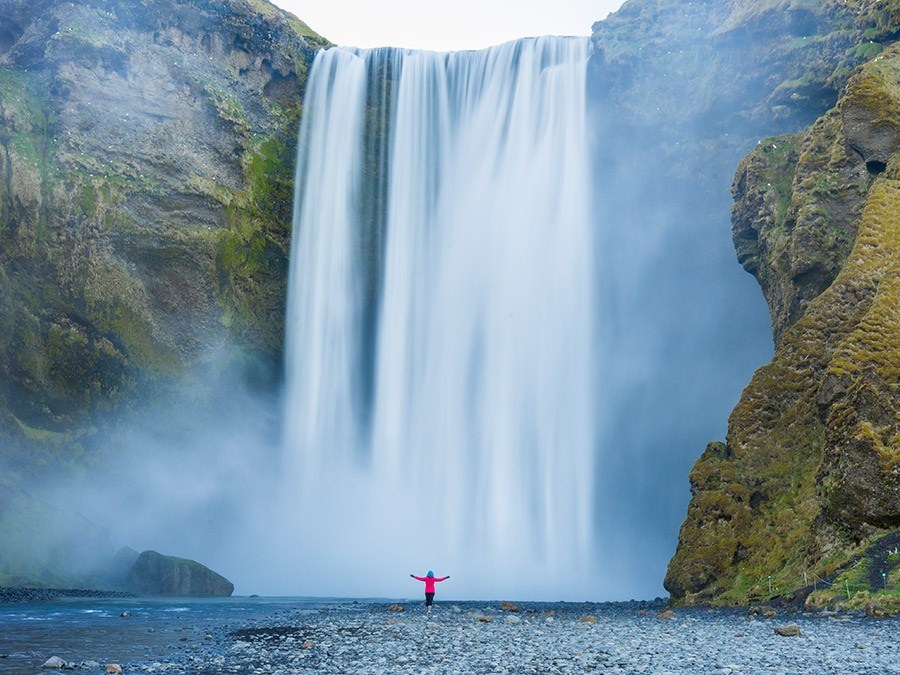 Situated along Iceland’s Southern coast, this spectacular waterfall is fed by melting ice from the Eyjafjallajokull volcano. While this waterfall’s front is spectacular in its own right, the real magic is that you can view it from behind. Imagine viewing a luscious field through the cascading water and that should be enough to get you to visit this site.

Given the nature of the activity though, definitely think ahead and bring waterproof gear, such as a rain cover for your backpack and a raincoat, as it can get a little misty.

Read more: Everything You Need to Know About Traveling Iceland in a Campervan 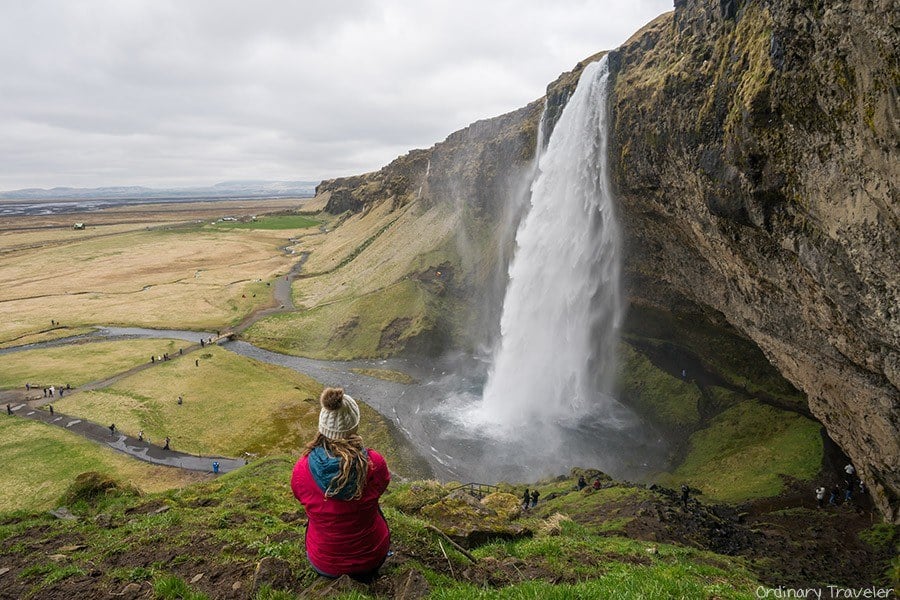 Set in Northeastern Iceland at the top of the Sprengisandur highland road (and easily accessible from the Ring Road), Goðafoss is a semi-circular waterfall that translates roughly as The Waterfall of The Gods.

Standing at 12 meters tall and 30 meters across, it’s said that in the year 999, Christianity was made the official religion of Iceland, and so Pagan statues were thrown into the waterfall to mark the occasion, thus the name.

In 1973, an American Navy DC plane crashed on the black sand beach on the Southern Iceland coast between Skógafoss waterfall and the town of Vik. Thankfully, everyone in the crash survived, the plane was left at the scene, and the site has become a huge tourist attraction due to its now haunting beauty.

For an even more ethereal experience, come to this spot when the Northern Lights are visible! 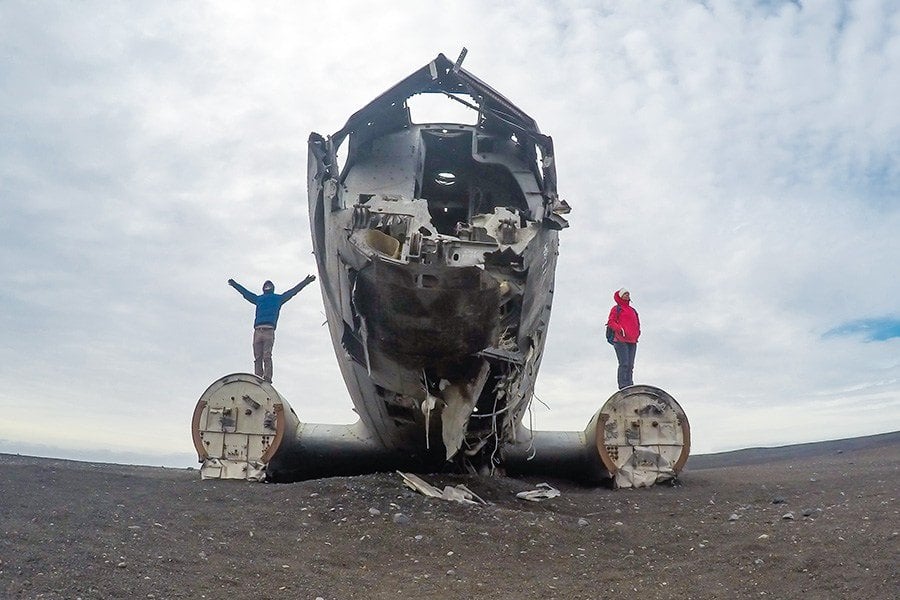 Located near the small fishing village of Vík í Mýrdal, the Reynisfjara Black Sand Beach is one of the most epic black sand beaches in all of Iceland. Between its lava formations, cliffs, caves, and basalt columns, known as Reynisdrangar, this beach will make you feel like you stepped into another world.

According to Icelandic folklore, the columns were once trolls trying to pull in ships from the ocean. However, as their luck would have it, the trolls turned into stone upon sunrise. Now, they make for an otherworldly viewing experience as well as awesome photography subjects! 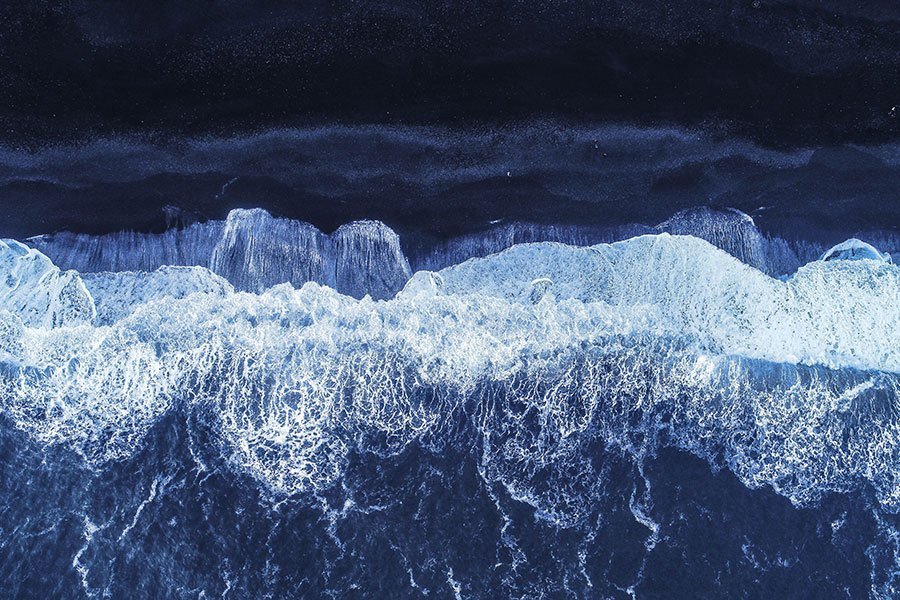 Up to 100m deep in places and 2 kilometres long, this ethereal canyon in the Southeast is one of the most epic canyons in Iceland and is easily accessible from Ring Road. Along with a river running through it, there is a waterfall on the West side of the canyon that you’ll easily be able to see from an observation platform on the Eastern edge. 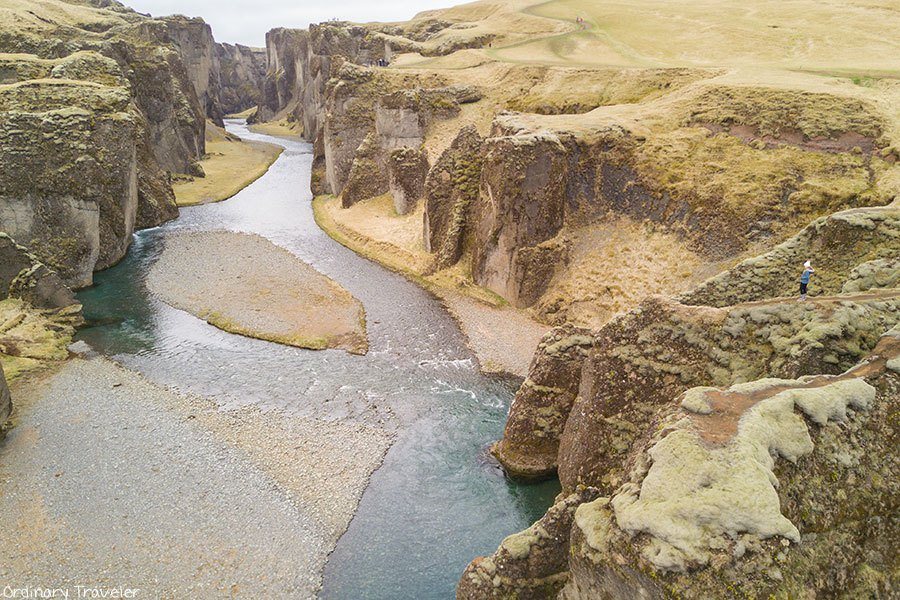 Located in Western Iceland, the Snaefellsnes Peninsula is home to some incredible, and dramatic, natural landscapes. The area is home to everything from black sand beaches, white sand beaches, glaciers, lava fields, and volcanoes.

Read more: The Best Travel Cameras (And How to Choose One) 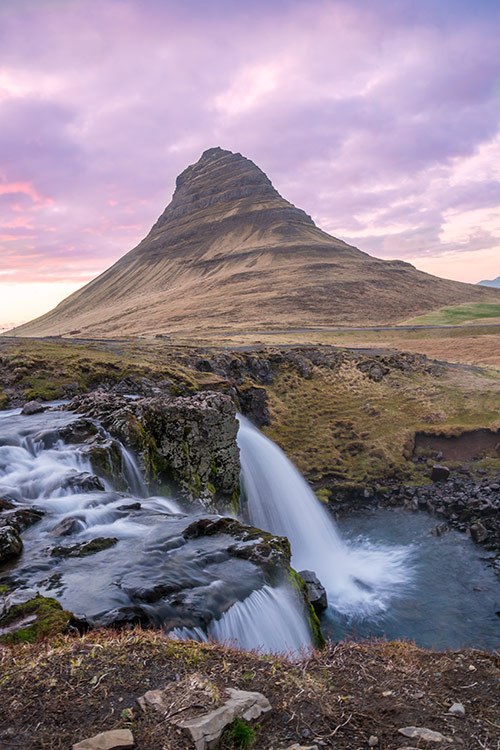 Base Layers: The key to any comfortable trip to Iceland is to layer up. Bring multiple pairs of long underwear or leggings, tank tops, and long-sleeved shirts.

Waterproof Outerwear: Between the frequent rain, waterfalls, and chilly climate, you’re going to want to stock up on waterproof gear. Bring a pair of water-resistant snow boots, a hooded jacket, and a durable pair of waterproof-breathable pants. If your favorite items aren’t waterproof, spray a couple of layers of Scotchguard Heavy Duty Water Shield on your outerwear to create an extra water-resistant layer.

To protect your electronics from the elements, be sure to bring a rain cover for your backpack, a rain sleeve for your camera, and a poncho (trust me, you’ll want this if you plan on getting close to any waterfalls!)

Warm Accessories: While you may be prepared for Iceland’s notorious rain, you definitely want to factor in the wind as well! We recommend a knit beanie hat, a warm scarf, and a warm winter gloves to keep you toasty warm.

Sleep Mask: If you travel to Iceland in the summertime, remember that because it’s so far North, the sun rises around 3am and doesn’t set until around midnight. To ensure you get some much-needed rest on your trip, we recommend this dark, face-forming sleep mask.

On the other hand, if you travel to Iceland in the wintertime, you’re going to want a headlamp to help you through the long nights!

Swimsuit and Towel: If you plan on taking a dip in any of Iceland’s geothermal pools, such as the Blue Lagoon, you’re going to want to bring a swimsuit (or two)! Make sure you bring along a quick-drying towel as well.