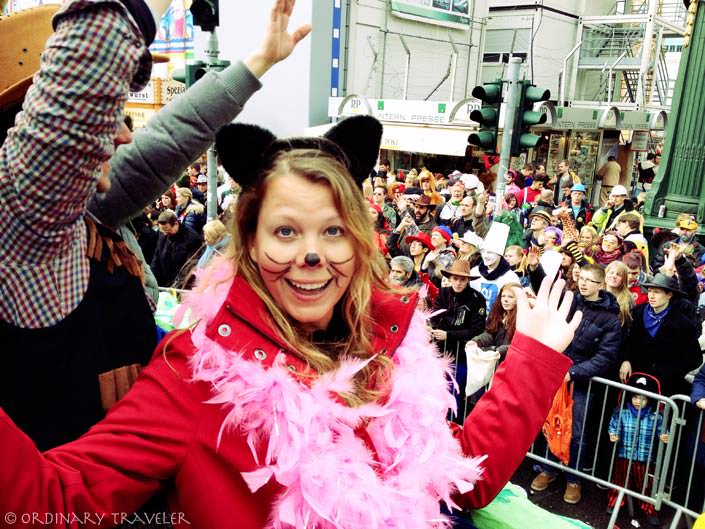 This word continues to play over and over in my head, even after I’ve returned home from Germany. I heard it hundreds of times over the course of the three days I spent celebrating Karneval in Dusseldorf.

What does it mean, you ask?

Helau is the local word for the Karneval greeting in Dusseldorf — each city who celebrates Karneval has their own word — and it basically means hallelujah.

Feeling the Love at Dusseldorf’s Karneval

Karneval (or Carnival) is like the Mardi Gras of Europe and one of the best parties in Germany. This tradition dates back to Medieval times and is celebrated between February and March (the dates vary from year to year). Karneval officially begins on November 11th at 11:11am, but the crazy parties don’t really begin until Altweiberfastnacht, sometime between mid-February and mid-March.

In the early days, Karneval celebrations symbolized the driving out of winter and its evil spirits, so people wore masks to scare away these spirits. At Karneval-Time, the common folk had the chance to spoof the royals. Even today, it’s a time when people can mock the government without being punished. 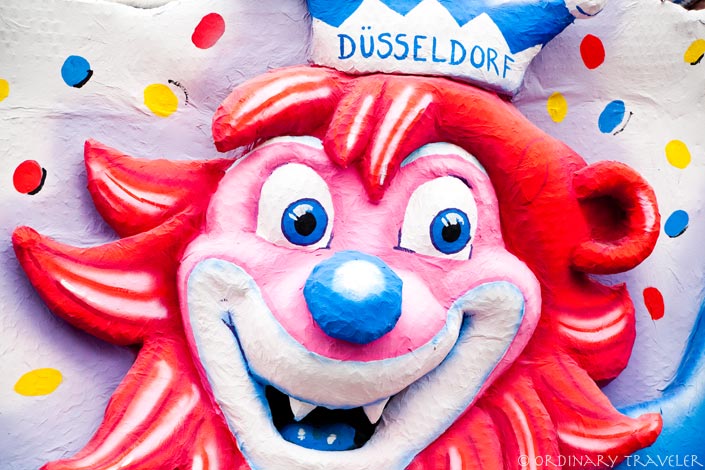 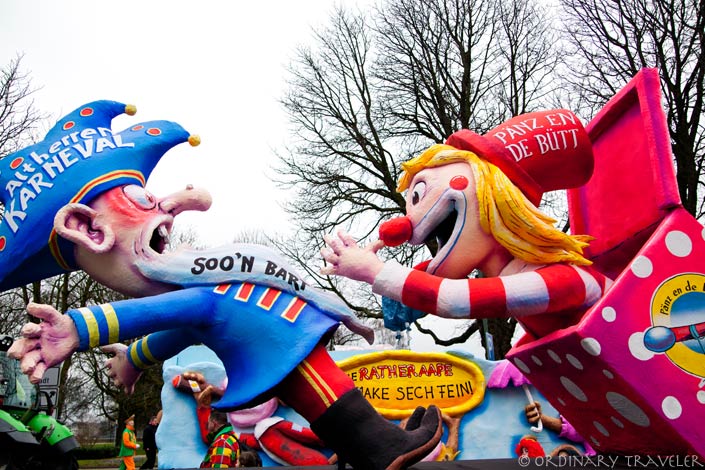 What to Expect at Karneval

Unfortunately, I missed Thursday’s celebrations — when the ladies take over the City Hall and cut off men’s ties. There are parties in the streets, especially in Dusseldorf’s Old Town.

I did get a glimpse of Saturday’s festivities, still bleary-eyed from my overnight flight. I warmed up with an afternoon shot of Killepitsch, while the children marched through Old Town. 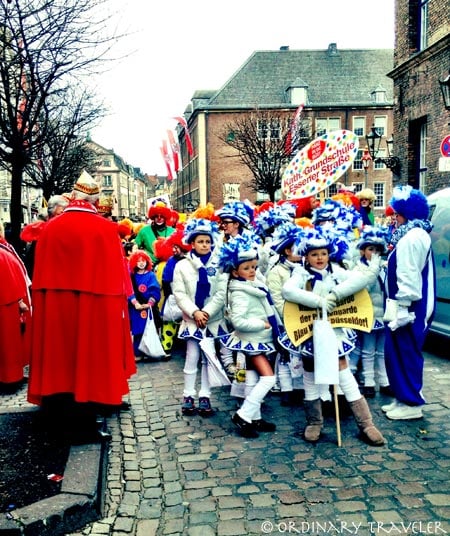 Before noon on Sunday, people were already drinking and partying in the streets of Konigsallee. The locals get creative with ways to carry around their alcohol. You will find baby strollers with numerous cup holders, makeshift bars in the streets and hidden pockets in colorful costumes. 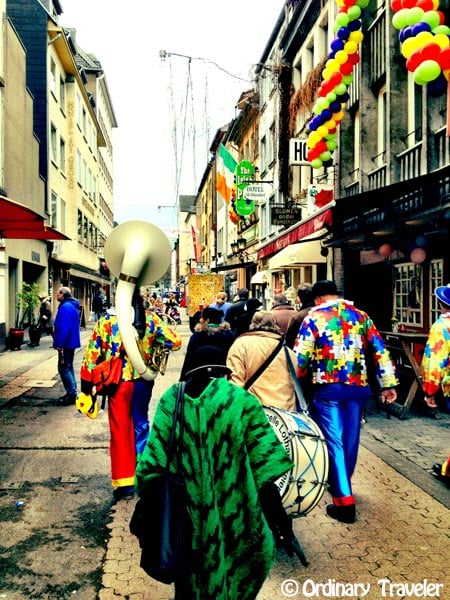 Monday’s festivities include a giant parade with decorated floats and people marching on foot through the city center. This year there were over one million people cheering in the crowd.

This trip was hosted by Air Berlin and Visit Dusseldorf, so I had the unique opportunity of experiencing Rose Monday’s parade as a guest on Visit Dusseldorf’s float. I wasn’t sure what to expect from this experience. I normally don’t like being in front of a crowd, but it’s not like I had to give a speech or anything. 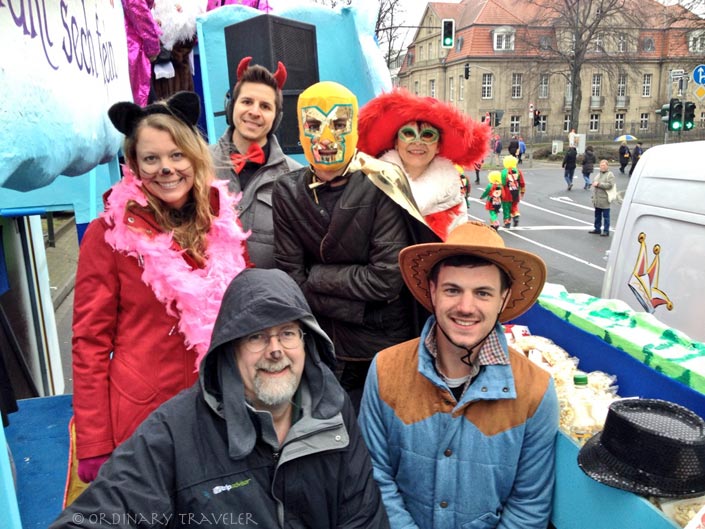 Group Photo Before the Parade

It was slightly grueling at first — a couple of hours of waiting in the cold and drizzle — but once our float approached the massive crowd, I could instantly feel their cheerful energy and soon forgot about the chilly weather.

We threw candy into the crowd, while they shouted, “Helau” and waved their hands. The actual parade lasted about three hours and I couldn’t believe the stamina of some of the people in the crowd. Looking out at smiling children and animated adults made this an experience I will never forget. 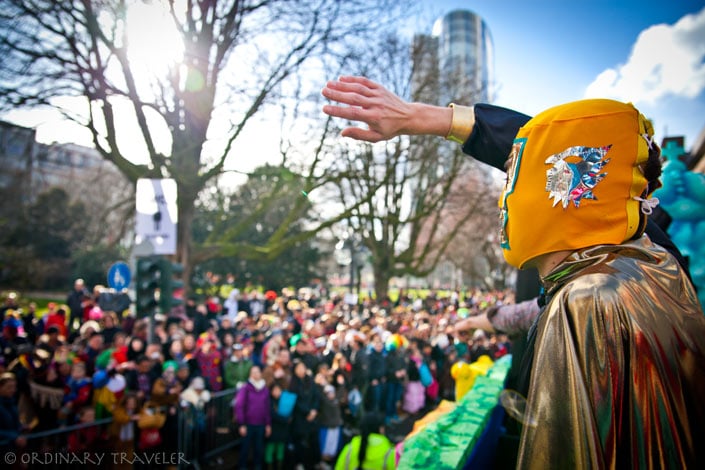 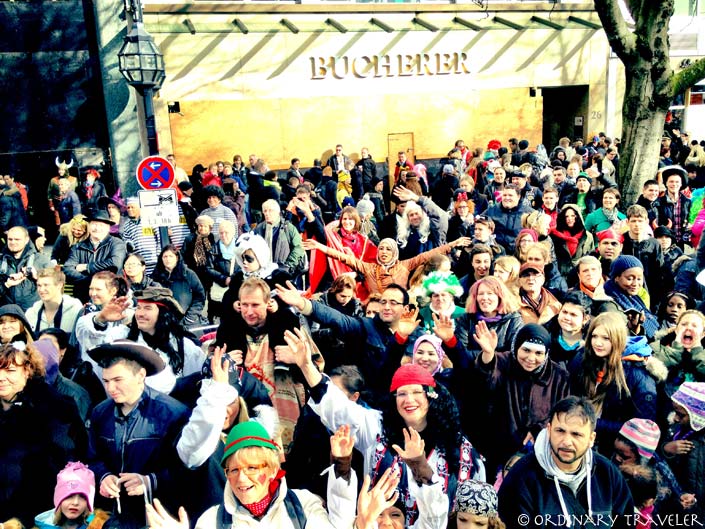 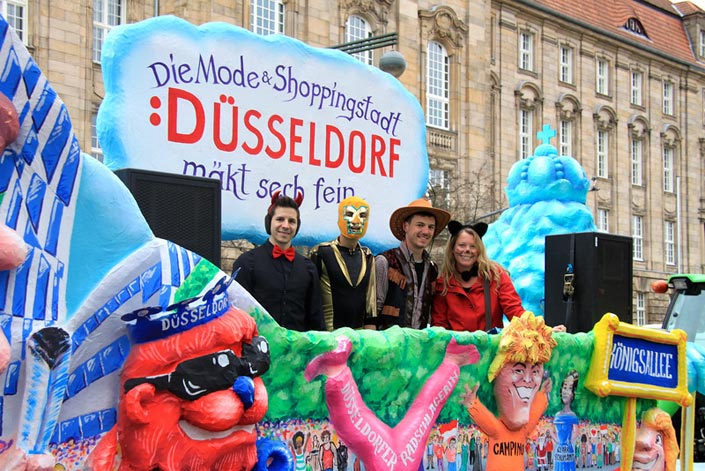 On Our Float! (Photo by Amateur Traveler)

How To Get To Dusseldorf, Germany

Dusseldorf can be reached via direct flight from New York, Chicago and Miami in the US and several cities in Europe. See Air Berlin’s routes if you are thinking about joining the Karneval festivities next year. The Breidenbacher Hof Hotel is located right in the middle of all the action, with easy access to Old Town, Konigsallee and the city center.

Did you know Germany celebrated Karneval?

5 Reasons Why You Should Visit Dusseldorf, Germany

5 Fairytale Destinations to Visit in Europe

Best Carry-on Luggage of 2018 (For Every Type of Traveler)

Previous Post: « 5 Reasons Why You Should Visit Dusseldorf, Germany
Next Post: Competitours: Taking Adventure Travel to a New Level »