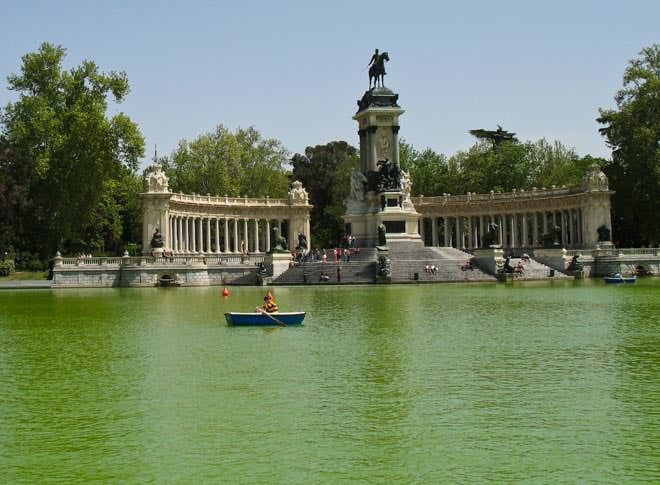 A few years ago I embarked on a two-month solo journey around western Europe, making stops in Italy, the Czech Republic, the Netherlands, and Spain. Two weeks into my trip, on my flight from Sicily to Spain, I encountered a family of six from Madrid.

Spanish Hospitality: My Most Beautiful Travel Experience in Spain

It was obvious to them that I was confused by the Italian blaring from the loud speaker instructing everyone to change planes during our layover. They invited me to sit with them on our next flight and after some conversation, they felt inclined to take me under their wing since they had four daughters of their own and couldn’t bear the thought of me wandering the subways of Madrid alone.

I rode with them to their home, and since I had already planned a week in Seville, in southern Spain, their two eldest daughters drove me to the train station. Before I left, their mother, Berta, gave me her cell phone number and insisted I come stay with them when I arrived back in Madrid a week later. This act of kindness from a complete stranger came as a tremendous shock to me. They barely knew me and yet they felt compelled to invite me to stay in their home. A foreigner, nonetheless.

On the way to the train station I was amazed at not only how kind and friendly these young girls were to me, but also at how many languages they spoke. I was told that in their school system everyone learns three languages, starting in grade school. These girls were fluent in English, Spanish and German by the time they graduated high school. I could only imagine what that feels like considering I was still trying to learn my second language at age 25.

That’s precisely the reason I was heading to Seville. I had booked a week-long intensive Spanish course at Don Quijote Language School. I knew I wouldn’t be fluent by the time I finished, but it was a good refresher course after several years of high school and college Spanish classes. My week in Seville was spent studying and getting to know my two roommates who were also attending the school.

Every day I would walk to school and get completely lost in the process. All the locals who I stopped to ask for directions were eager to help me, but unfortunately their expeditiously spoken Spanish made it hard for me to understand the directions. I ended up learning more than I could have hoped for at Don Quijote, however, just a week of classes was not nearly enough to raise myself to the fluency status.

On my train ride back from the south of Spain, I was quick to give Berta a call. She sounded extremely pleased that I had taken them up on their offer. They thoughtfully suggested giving me a ride from the train station again. Upon arrival to their spacious upstairs apartment located in a nice neighborhood in Madrid, my host family made sure I was comfortably set up in their spare room and invited me to join their dinner party that evening. I was excited and nervous because everyone would be speaking Spanish.

The dinner experience at their home was quite an elegant affair. The guests included about ten influential adults, teachers and lawyers all well versed in politics and the ways of the world. The conversation at dinner was not easy to follow especially after a couple glasses of wine and listening to three different conversations in Spanish at an accelerated pace.

The most frequent phrase out of my mouth that evening was, “Por favor, hableme un poco mas despacio.” (“Please speak slower”). I was amazed at how hospitable all of their friends were to me. They asked me questions about my life, my ambitions and my travels.

They did end up speaking a lot of English since half the time I stared blankly at them when they asked me a question in their native tongue. The things I remember most from that evening are a lot of laughter and positive energy. The Spanish sure know how to have a good time!!

I wish that I knew the names of some of these dishes because it was nothing like the food I had tasted at any of the restaurants in Spain. This home cooked food was ten times better. It changed my view of Spanish food from that moment on.

After some well-deserved sleep, I spent the next morning enjoying a leisurely breakfast with my host family and thanked them all for their hospitality. We talked of how different European cultures are from Americans. I didn’t feel it was very common for someone in the United States to take in a stranger who they had just met on an airplane. What they did for me was not abnormal in their eyes, but for me it was an extraordinary experience.

It meant a lot to me and I wish it was something my culture felt more obliged to take part in. I get the impression most Americans are not as trusting as Europeans.

I still keep in touch with mi familia from Madrid. After I left their home that day, I bought a gift and mailed it to them to show my appreciation for the kindness they showed to me. I hope one day our paths will cross again. I’ve made it known that my door is always open to them when and if they want to visit the States.

Do you have any travel stories or experiences of other cultures showing this type of hospitality? We would love to hear your stories!

5 Fairytale Destinations to Visit in Europe