Ordinary Traveler / Ten Fun and Free Things to do in Prague 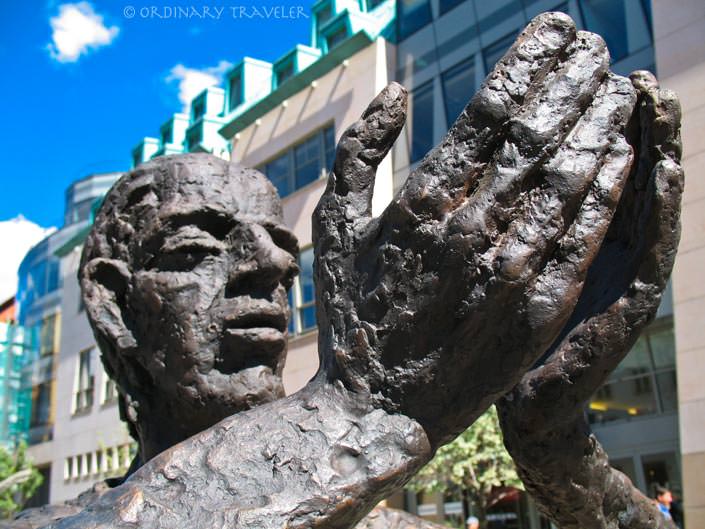 Having fun abroad and traveling on a budget don’t have to be mutually exclusive. If you happen to be visiting the Czech Republic, here are ten ways to break your boredom — but not your bank — in its capital city.

Several notable museums in Prague are open for free on certain days of the month, including the National Gallery, whose collection ranging from medieval to contemporary is free to visit the first Wednesday of the month between 3 and 8 pm. Holders of a Prague Tourist Card can also get in free.

Named after singer-songwriter John Lennon, this wall is covered with messages of freedom and artistic expression that date back to communist-era Prague. Read the messages of peace and love left on this monument and, if you’re feeling particularly inspired, leave one of your own as well.

This bridge is famous for its statues and its role as the heart of the city. Every day and night buskers, cart merchants, and pedestrians flood over the bridge. Take in the view and spirit of the city and examine its statues of saints and patron saints.

Though it costs money to get inside the castle, Prague Castle’s grounds are free for anyone to traverse. Watch the changing of the guard every hour on the hour, or take a stroll through their considerable gardens. Concerts and other events are occasionally held there as well.

Prague’s Tourism Center, located in the Old Town Square, offers free walking tours of the city twice a day at 11:00 am and 2:00 pm. The Prague Royal Walk is two and a half hours long and covers much of the city, so make sure you bring a good pair of walking shoes. Tours are given in both English and Spanish.

Also known as “Fred and Ginger,” the Nationale-Nederlanden building gained its nickname because its design resembles two people dancing. Originally the building caused controversy as many believed it did not fit with the aesthetic of the rest of Prague, but it is now a popular and well-liked tourist attraction.

The astronomical clock in Old Town is one of the most famous astronomical clocks in Europe. Every hour on the hour is the “Walk of the Apostles,” where moving statues of the 12 Apostles appear as a statue of Death strikes the bell. The clock was originally installed in 1410.

While it may seem counter-intuitive to visit the American Center on city breaks to Prague, the Center offers free film clubs on Tuesdays.

Dance at a Nightclub

Several of Prague’s nightclubs have free entry nights during the week. If you look on their websites, you can find out when clubs like Abaton, Mecca, and Roxy offer their free entry nights. Karlovy Lazne, a well-known five-story club that offers free wifi to its patrons, also offers free entry once or twice a month.

A smaller version of the Eifel Tower, its prime location on Petrin Hill offers great views of the city. Its 300 steps also offer a great workout!

These are just a few ideas of free and fun things to do in Prague. One of my fondest memories of this city is the time I ran into these nuns on the street. It didn’t cost me a thing to walk the streets and meet new people. 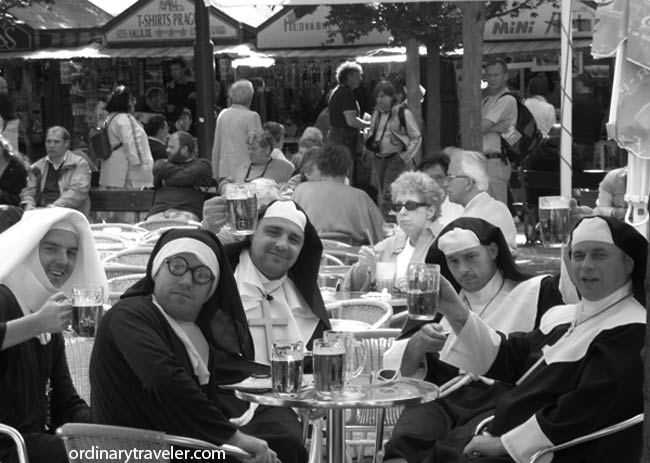