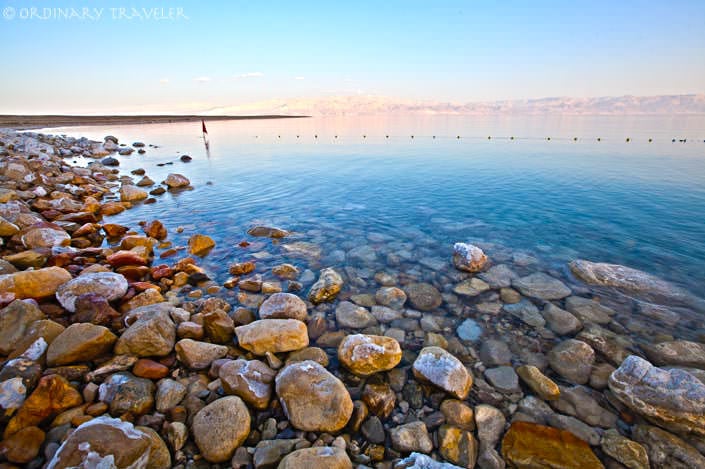 “Do you feel like children again?” our guide asked as our van climbed toward Sea Level.

I didn’t know how to respond or what she was getting at — and apparently neither did anybody else because the van fell silent.

“It is said that you will turn back time twenty years by swimming in the Dead Sea, so you must feel like children,” she continued.

“Ah, yes. I do feel giddy now that you mention it,” I replied from the back of the van.

The Dead Sea, Israel: I Found The Fountain Of Youth

I had never given much thought to the healing properties of the Dead Sea. I always thought it would be fun to float effortlessly in the heavily-salted water, but I didn’t delve much into the health effects.

The drive to the Dead Sea in Israel is full of twisting turns and endless views of the crystal-clear water below. Along the way, we made a pit stop at Sea Level, where a man tried to coax us into paying him a dollar to photograph his camel. We passed Jericho (believed to be one of the oldest inhabited cities in the world) and further down the road, our guide pointed out the cave where the Dead Sea Scrolls were found.

We arrived at Mineral Beach in the late afternoon, just as the sun began to sink behind the mountains. After changing into our suits, we hurried down the hill to snag some chairs and drag them to the water’s edge. 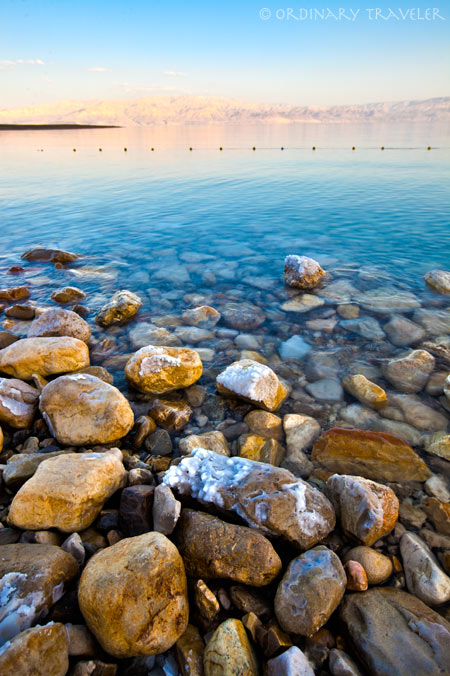 Salt on the rocks along the shore of the Dead Sea

There was no shortage of people giggling in the water or capturing those classic reading-a-newspaper-while-floating-in-the-Dead-Sea photos. I inched my way into the water — it was colder than I had anticipated — and once the waterline hit my waist, I let the buoyancy take over.

The salty water lifted my feet to the surface and I immediately felt like I was floating on a raft. No treading water — just resting peacefully in the Dead Sea. 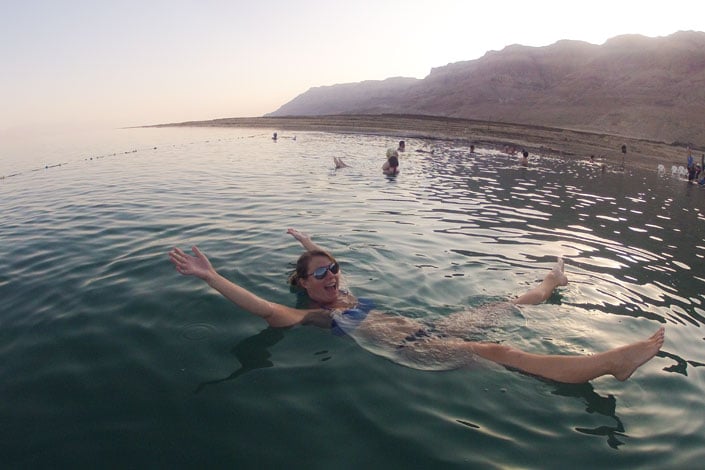 The water made my skin tingle, similar to what it feels like after I’ve surfed for a few hours in the ocean — but multiplied by ten. The Dead Sea is 9.6 times as salty as the ocean, which makes this water too harsh for any living creatures to survive in. But, short dips in the sea has been shown to heal many ailments.

Think of it like a huge Epsom salt bath. Supposedly, the magnesium in the water can decrease stress, reduce inflammation, and improve the use of oxygen in the body, while the bromide salts are a mild germicide. 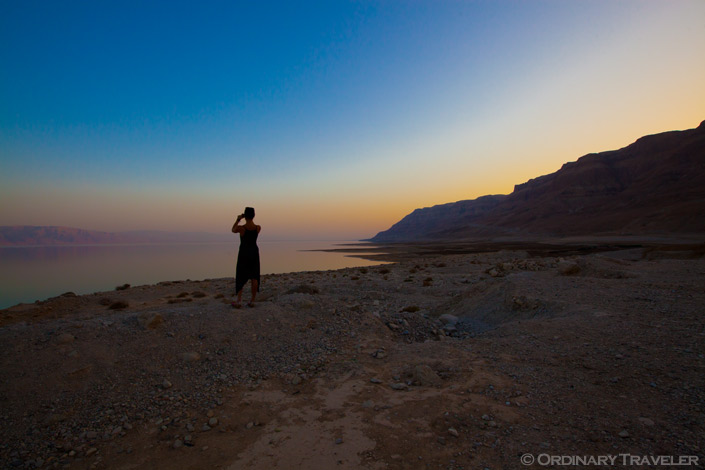 Whether the healing properties are scientifically proven or just a placebo effect, I felt refreshed and content after spending just fifteen minutes in the water. I guess you could say I was a kid again, even if it was only for a few hours.

Things To Know Before You Go To The Dead Sea:

Mineral Beach is located on the Israeli side of the Dead Sea. The entrance fee is 50 or 60 Shekels (depending on the day of the week) for adults and 30 or 35 Shekels for children. They offer other amenities on the property, such as a sulphur water pool, fresh water pool and spa treatments.

How to Keep in Touch While Traveling Abroad

The Best Travel Shoes For Women (And How to Choose)

7 Restaurants You Don’t Want to Miss in Israel