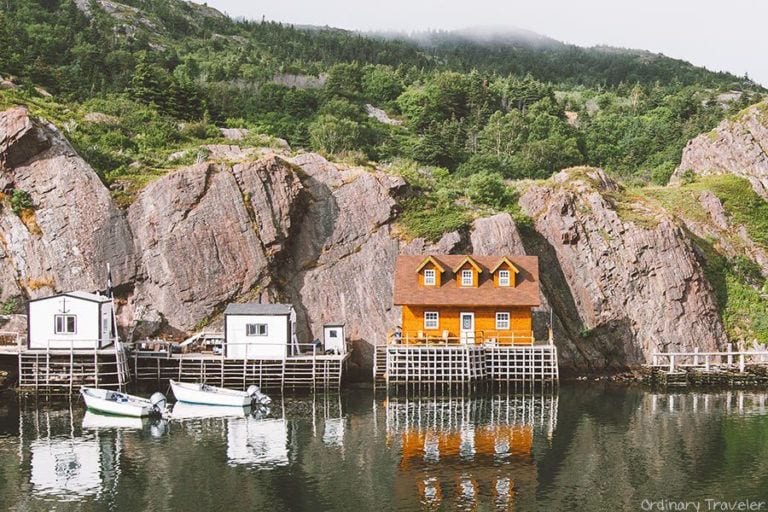 Solo travel in Canada should be on everyone’s bucket list. Not only is the country safe, it’s easy to get around in, has diverse culture coast-to-coast, and has a lot to see and do for every type of traveler. Covering culture, nature and history, here are the best Canadian destinations for solo travelers!

Canada is the second biggest country in the world, so picking a destination can be overwhelming. If you plan on traveling solo in Canada, here are the ten best places to start! 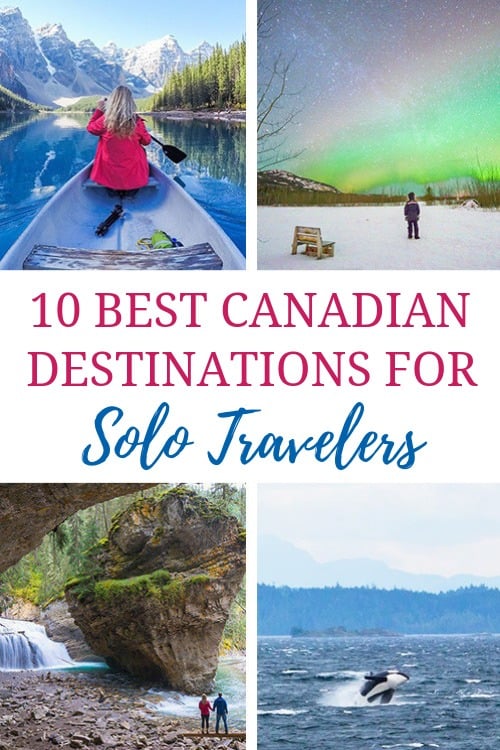 A very walkable city, Halifax is the capital of Nova Scotia and is known for its maritime and Scottish history. While you’re there, take a walk along the colorful waterfront, visit the Maritime Museum of the Atlantic, go on a brewery tour (try Alexander Keith’s for something iconic), and go shopping on Spring Garden Road.

If you’re in need of a nature fix while you’re in Halifax, then I highly recommend heading out to Advocate Harbour and the Bay of Fundy for a day.

With gorgeous forests, pretty towns, and a laid-back island culture, Vancouver Island is a bohemian, natural oasis. While you can’t go wrong no matter where you head on the island, for something a little different, try the Northern part of the island. 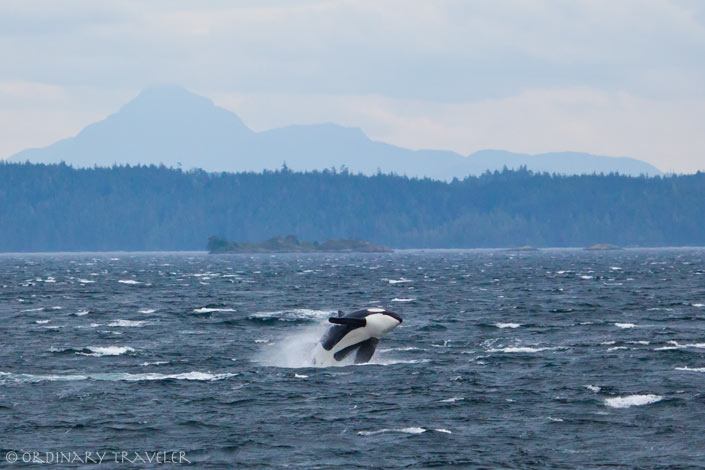 One of the most multicultural cities in the world, Toronto is a metropolis that won’t leave you short on things to do. If you’re a culture lover, head over to quirky Kensington Market, visit the Art Gallery of Ontario, marvel at Casa Loma, or catch a concert at a local venue. If that’s not quite your speed, then Toronto also has tons to do in terms of fabulous restaurants, sports, shopping, and history.

For an easy jaunt out of town, drive or hop on a guided tour of Niagara Falls and the wineries at Niagara on the Lake. Due to the falls being larger on the American side, the viewing is better when you’re in Niagara! 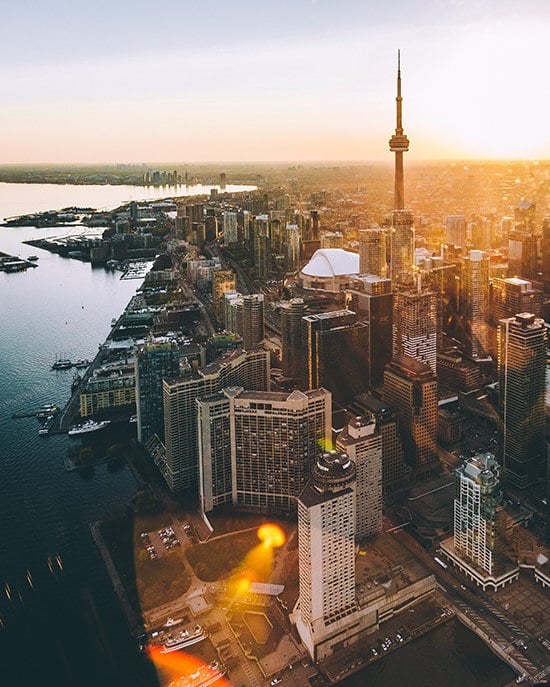 An urban gem with sections reminiscent of a quaint European city, Montreal is the largest city in Canada’s French-speaking province of Quebec. That said, Montreal is almost entirely bilingual, so getting around is a piece of cake.

While you’re in Montreal, I recommend hiking up Mount Royal, checking out the Notre-Dame Basilica, wandering through the streets of Old Montreal, spending some time in Parc Jean Drapeau, and eating Poutine! That’s right, Canada’s favorite dish comprised of fries, cheese curds, and gravy originates from Quebec. Just go slow.

A maritime region rich in history, culture, and seafood, Eastern Newfoundland is a great summertime destination for the nature lover. My advice is to first base yourself in St. John’s to hike signal hill and check out Quidi Vidi Harbor, and then take day trips to snorkel with Humpback whales in Petty Harbor, and see the puffins in Elliston. 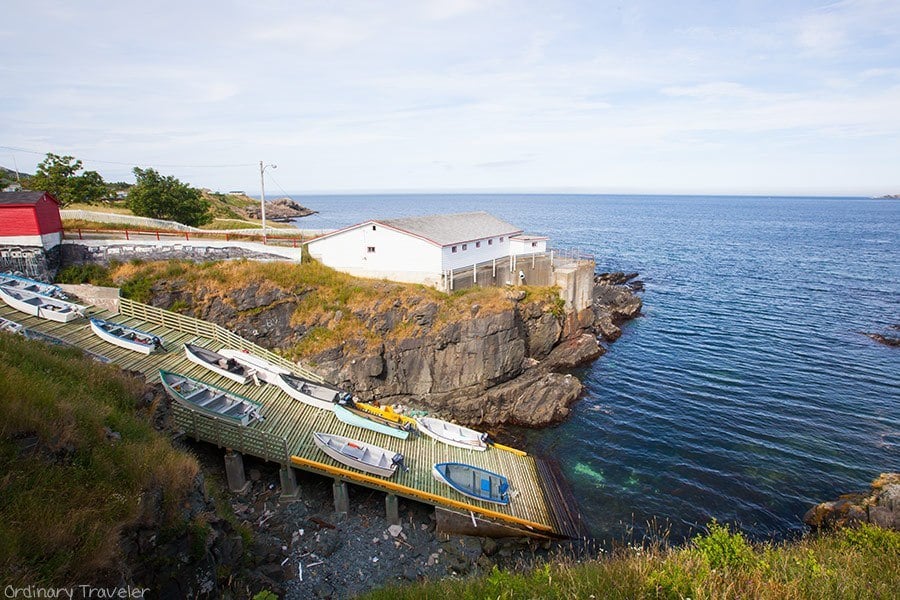 If you’re planning an outdoorsy trip to Newfoundland, I recommend going in the summertime for optimum weather. However, due to the sea regulation, even the summer temperatures here are quite mild. Be sure to pack appropriately!

If you have a little more time, I would recommend visiting both Montreal and Ottawa in one fell swoop. The cities are only a couple hours away from one another and are connected by bus, train, and plane.

The capital city of the Yukon Territory, Whitehorse is often overlooked as a solo travel destination due to its remote and sparse location, but what it lacks in population it makes up for in unbridled wilderness. 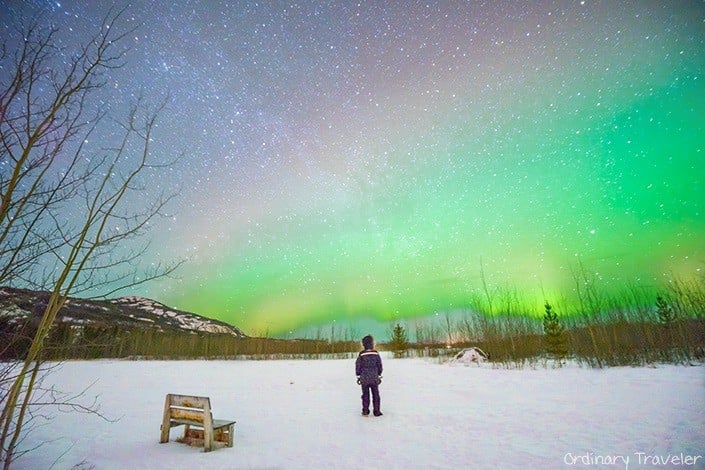 Of course Whitehorse is known as an amazing place to view the Northern Lights, but it’s also home to the Miles Canyon Basalts, the MacBride Museum of Yukon History, the Takhini Hot Springs, and many wildlife preserves. What’s more is, you can hire a guide to take you on almost any of these adventures!

Read more: The 10 Best Getaways To Take This Fall

While Banff is often thought of as a romantic getaway, there is so much for the solo traveler to discover as well. The historic town of Banff is full of authentic saloons, cool shops, great pubs, and a lot of scenic nature. 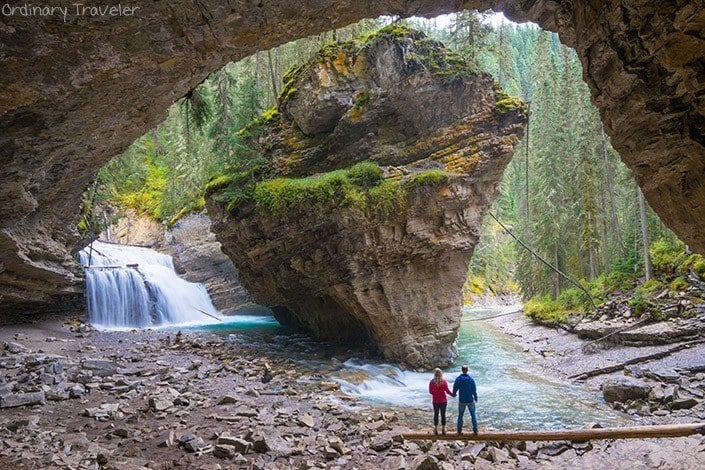 To get that nature fix, head out to the Banff Upper Hot Springs, get a guide and go trekking in the Rockies, drive the Icefields Parkway from Banff to Jasper and, if you’re feeling particularly adventurous, check out Mt. Norquay’s Via Ferrata.

Read more: The 12 Most Beautiful Places to Visit in Alberta, Canada

While once often-overlooked, Winnipeg has been picking up tourism steam in recent years and for good reason. This funky city in the Canadian prairies is a hotspot of culture and is home to the Canadian Museum for Human Rights, the ever-cool Exchange District, the quirky Osborne Village, The Forks National Historic Site, and tons of great shopping opportunities.

If you’re looking for a bit of a nature escape from the city, I’d recommend renting a car and heading out to both the town of Gimli and Hecla-Grindstone Provincial Park.

If you’re someone who loves a good solo road trip, then this route is for you! Beginning in Vancouver (also a solo-friendly city) and running through to Whistler, the Highway is only a couple hours long but is jam packed with awesome scenery and things to do. 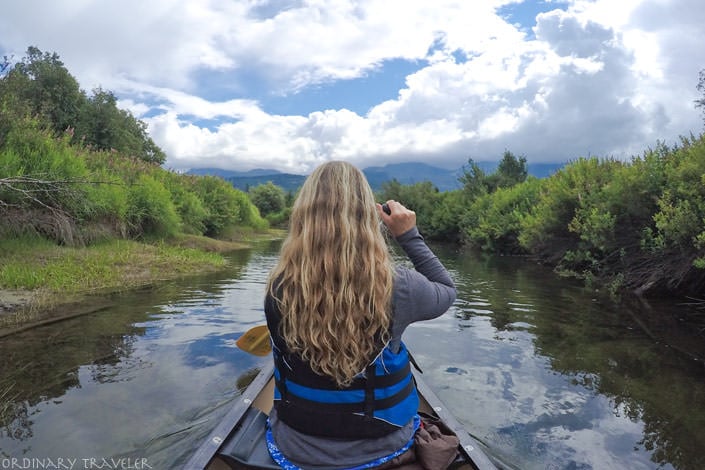 On the route, be sure to check out Brandywine Falls, the Sea to Sky Gondola in Squamish, the Peak 2 Peak Gondola in Whistler, and hike every chance you get!

How to Take Great Travel Photos as a Solo Traveler

Previous Post: « 10 Most Beautiful Places in Switzerland (And Where To Stay!)
Next Post: Cruising the Galapagos Islands with Andando Tours »