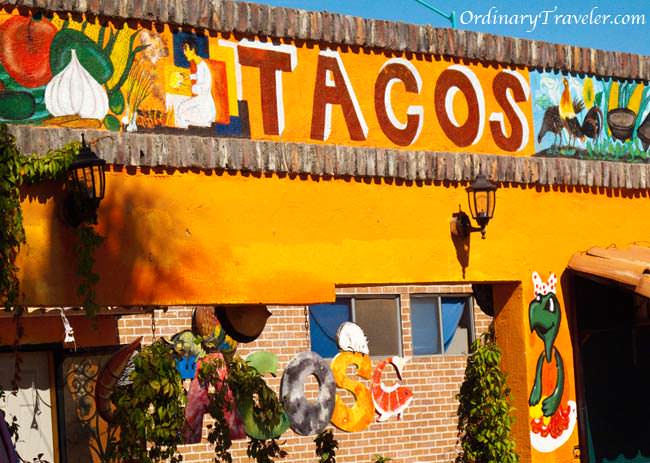 There’s a new Tijuana in Mexico, and it’s called Algodones.

Now that Tijuana is unsafe for travelers, we have searched out a new border town for those of you who are in need of a quick Mexico fix.

Algodones, Mexico may not be a party town like Tijuana, but if you are looking for cheap dental work, prescriptions at a steal, or colorful Mexican blankets, then Algodones will not disappoint. On the other hand, if you are looking for two for one drinks and all-nighters at a club, then this is not the town for you. Many of the snowbirds of Canada and the United States who stay in Yuma, Arizona to warm up during chilly winters, call Algodones their second home.

The town of Algodones only covers a four block radius, but it is said there are more pharmacies, dentists and opticians than a similar four block area anywhere else in the world. I’ve been told that most of the dentists are U.S. trained and are actually people who live in the States.

Scott and I made our way from Yuma over to the Mexican border by parking in the lot on the US side. The security going into Mexico is a breeze, meaning there really isn’t any security except a guy sitting at a chair reading a newspaper.

My uncle and my mom decided to join us during this excursion and it seems my uncle knows all the vendors in Algodones, which made for an interesting day. Everyone is extremely friendly in town, but don’t count on walking past any vendors without being hassled to buy trinkets and housewares. My favorite sales pitch of the day… “Lady, you buy a purse to add to your collection!” I guess I found it funny that he assumed I owned a purse collection. 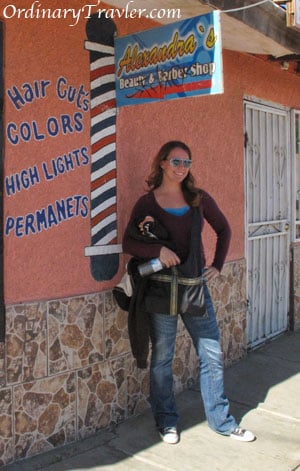 The highlight of my day was eating awesome Mexican food for cheap. Even though I live in a Mexican food capital, San Diego, for some reason I still think Mexican food tastes better when you are actually eating it in Mexico. You can eat like a king at most restaurants in Algodones for $10 per person, or take my mom’s suggestion and purchase shrimp tacos from the street stalls for $1.50 each.

The second best part of my day was a trip to Alexandra’s hair-salon for a much-needed haircut. They will wash, cut, dry and style your hair for $7. Scott’s cut was $6, which according to my mom is $2 more than she pays at her regular hair salon in town which happens to be closed on Sundays.

After dodging countless salesmen on the street, we finally made our way to the pharmacy. You can legally bring 90 days supply of pills across the border back into the States. We bought a bottle of Mucinex for $6, which normally costs $30 or more back at home. Don’t count on getting any controlled substances, such as opiates, without a prescription. I know what you were thinking.

It also makes me happy to know there is a safe place where I can get some dental work done when I need it in the future. Something that would cost $3000 without insurance in the States, can be less than $500 in Algodones. Just another reason why I love Mexico!

If you want to learn more about the neighboring area of Yuma, Arizona, check out our article and captivating photo essay of the Yuma Prison. 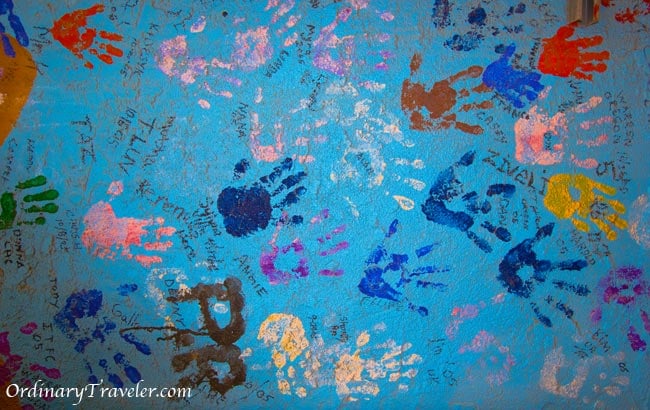 Top Things to See & Do in Riviera Maya, Mexico