The small town of Barra De Navidad is one of Mexico’s best-kept secrets. Find out how to get there, why it’s safe, things to do, and more!

I remember when I visited Mexico as a child and it felt like I was discovering uncharted territory that few people knew about. The cobblestone streets lined with tiny markets, street vendors selling authentic Mexican food, villas for rent at a steal, and long stretches of un-crowded beaches.

Places such as Puerto Vallarta, once a safe haven for vacationers looking to escape the crowds, has now become one of Mexico’s most popular destinations, and has lost its obscurity. Feeling the urge to get away from the crowds, my family took the road less traveled, and wandered upon a little-known town called Barra De Navidad, just 3 hours south of Puerto Vallarta. 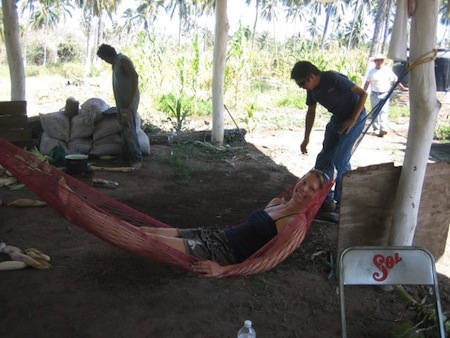 Barra De Navidad lies along the Happy Coast, (Costa Alegre) in the state of Jalisco. Even with all the travel warnings for Mexico, I feel just as safe in this town, and it’s surrounding areas, as I do in my hometown of San Diego. After spending my first week in Barra, I met several of the local business and restaurant owners, and became fast friends with many of them.

The next time we visited, nearly two years later, it felt like we had never left. They remembered our names and the people seemed genuinely happy to see us again.

I now visit nearly every year, and have been doing so for the past 5 years. Although part of me feels like keeping this place all to myself, so that it will forever be my tourist-free second home, I know that is not possible. Sooner or later the cat will be let out of the bag.

For those of you who know better than to let the media scare you about travel to Mexico, here are a few tips if you make it to this area.

How to Get to Barra De Navidad, Mexico:

The closest airport to fly into is Manzanillo (ZLO). A few of the popular airlines that offer flights to this airport are Alaska, Continental, Delta and American Airlines.

Once you arrive in Manzanillo, you can take a taxi for about $40-$50 US to Barra. Renting a car is also an option. However, I should warn you that when it’s all said and done, a week long rental can get expensive. It is recommended to get the full coverage insurance if you rent a car here.

Mexico drivers are not required to carry insurance, and many of them don’t, so even if you are not at fault in an accident, you will likely be forced to pay the damages. I paid $330 US for a 5-day rental. Not exactly my idea of cheap. 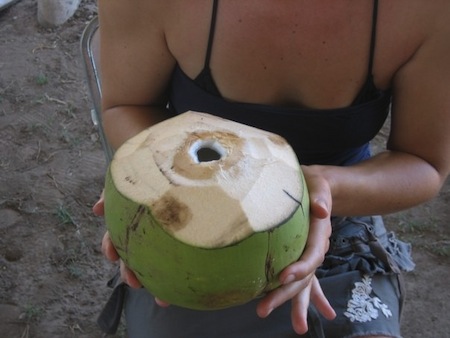 Where to Eat in Barra De Navidad:

Casa Chips is among my favorites for authentic Mexican dishes, friendly owners, and a view of the beach.

After you have had your fill on chips, salsa and mass amounts of refried beans (a personal favorite of mine), your pallet may be hankering for something a little different. In this case, check out Ambar Del Mare Restaurant.

You will be pleasantly surprised at the quality of Italian food that comes out of this kitchen. Thin, mouth-watering pizzas, a variety of pastas, and extravagant salads. For the most part, salads ordered in a typical restaurant in Mexico leave something to be desired. At Ambar’s you will get quality lettuce, not iceberg, with all the fixings. Try the gorgonzola and walnut salad if you are a cheese lover, like myself. The vegetables here are completely safe to eat.

There are also a number of tiny restaurants along the main strip that make the best burritos and tacos for a steal.

Barra has no shortage of options for a night out on the town. One of my personal favorites is a bar called La Azotea, where you will find friendly staff, a pool table, and a few televisions on a covered outdoor rooftop, which overlooks the main drag of Barra.

Another fun bar with live music is Roctavios Bar, where the charismatic owner, Octavio, who claims he is related to a member of the band, Mana, will likely serve you.

Check out Sea Master if you are looking for a hip nightclub crawling with twenty somethings.

Where to Surf Near Barra De Navidad:

The town of Barra itself does not get hit with surfable waves very often. Ever since they built the jetty at the end of town, it ruined the only good surf spot. I have been there when there was head high swell, but since it’s a point break, everyone is crowded into a tiny area, fighting for the same wave. I also learned first hand that the young kids who surf there have no problem running people over. Literally. 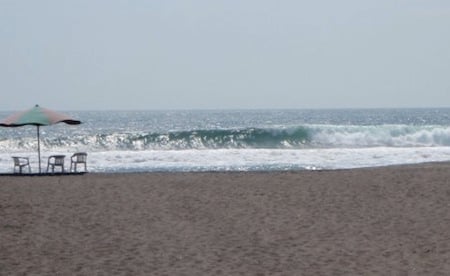 About 15 minutes north of Barra, you will find one of my favorite surf spots, called Boca De Iguanas. It’s a fun, mellow beach break with little to no crowds. Although, last time I visited they were building a small resort right on the beach. I’m not sure how the resort has affected the crowd in the water, but it’s still a decent spot to check out. 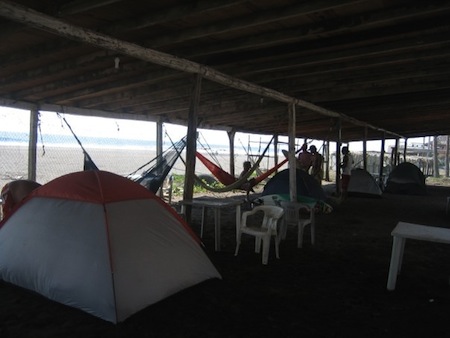 If you are looking for good snorkeling, Tenacatita Beach, right next to Boca De Iguanas, is the perfect beach for swimming, snorkeling and having a few margaritas on the sand.

For the more adventurous, take a drive to the world famous break of Pascuales, only a couple hours away, in the neighboring state of Michoacan. The wave here is heavy, hollow beach break, so make sure you are prepared before you head out. If you want to stay the night here, my suggestion would be to bring a tent and camp right on the beach, merely steps from the water. I intend to stay here for a night or two the next time I visit Barra.

March 9-17 — Saint San Patricio
I had the honor of visiting Melaque during this festival, and it was indeed a huge event. In addition to the above-mentioned festivities, you may also witness a running of the bulls, late-night rodeos, and dance performances.

The rodeo was unlike anything I had ever seen. Most of the show was not a rodeo at all, but a string of dramatic performances. In my opinion, the performances promoted hitting women, but that may have also just been my personal take on it. All I know is it’s not something I would have taken a child to go see.

How about you? What is your take on Mexico? Do you feel it’s safe to travel?

Island Hopping in the Sea of Cortez, Mexico