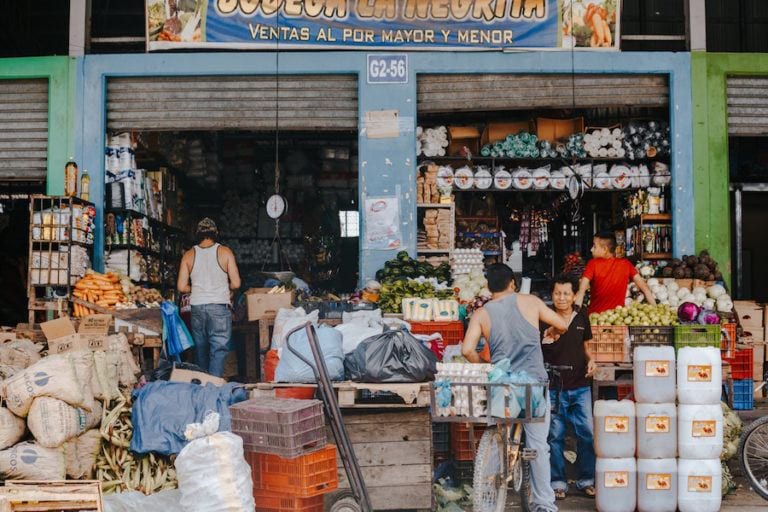 These essential Honduras travel tips will guide you on where to go, packing tips, the best time to visit, where to stay, and so much more!

Welcome to the Around the World Interview series on Ordinary Traveler! Every couple of weeks we will have a new guest who has either lived or spent an extended amount of time in a particular country. Each guest will give valuable insights and tips to a different destination around the world.

Honduras is quite cheap, but not as cheap as I expected. In Copan Ruinas, for example, there are a lot of bars and restaurants for the tourists and expats. They are definitely cheap compared to North America or Europe, but they are definitely several times more expensive than the local places.

I have been eating a baleada for lunch at a local Honduran restaurant (the living room of a Honduran woman I affectionately call Hondumama). It costs 12 Lempira/$0.63, it’s plenty for lunch, and the tortilla is made by hand in front of you. If you want to splurge, I don’t think there is anything on the menu for more than $2. French toast or pancakes at a tourist restaurant costs about 5x more than my baleada. A cheeseburger with fries 10x more.

I have seen hotels with spacious private rooms, in-room bathrooms, and wifi for 300 Lempira/$13 per night. You can find really good deals.

Better yet, Couchsurf or stay with local people and it’ll be free and you’ll experience a week or two in a local person’s shoes!

My favorite experience here is interacting with Hondumama each morning for my coffee and then at lunch for my baleada.

My favorite place here was visiting Macaw Mountain Bird Park. I didn’t know about it ahead of time and thought the only place like it was the bird park I visited in Kuala Lumpur, Malaysia. But Macaw Mountain knocked my socks off.

It was started by an ex-CIA agent who found out the birds were often killed here and/or smuggled out of the country only to meet a similar fate. The park now rehabilitates birds coming from harsh situations.

The scenery is stunning as well. There is a river bisecting the park and it’s a tropical paradise inside. Make sure you have a coffee granite (snow-cone type of desert) at the coffee shop. The beans come from the coffee trees on-site and are roasted freshly in front of you.

The best part, though, is the interactive center where you can touch the birds and they can rest on your arms/shoulders for pictures. But take clothes you don’t care about. They will peck at your shirt and each peck will leave a hole! Also, though I didn’t see anything happen, apparently they like to attack toes. So consider wearing shoes there instead of sandals.

The food isn’t as I expected. I expected to find rice and beans in every Central American country. There isn’t much rice at all here, and they aren’t as big into beans as I expected.

The baleada, as mentioned above, is the most typical local dish here. It’s a decent-sized wheat flour tortilla folded and filled with beans. From there it depends where you are and the chef, but the ones I had usually included scrambled eggs, cheese, and cream. I was happy to have them just with the beans and egg since I’m lactose intolerant, but you can customize them. You can also find them with meat, avocado, plantains, hot sauce, etc.

Papusas are from El Salvador, but you can find them here in abundance. They look like a thick corn tortilla, but they are actually filled with any number of ingredients. Normally cheese with meat. But try a Papusa con loroco. It’s pretty local and loroco is an edible flower.

Lastly, Anafre is something you have to try, if nothing else for the presentation. It comes in a portable stove-type chest that has hot coals that continue cooking the beans, meat and cheese used as dip for the included huge fried tortilla pieces. It’s like Nachos 2.0. 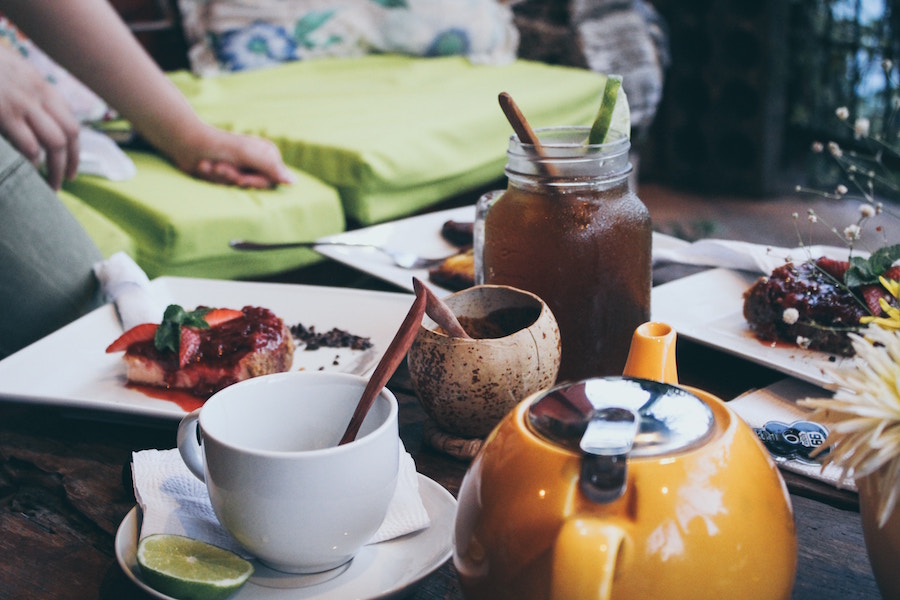 Dos and don’ts regarding customs in Honduras?

Don’t be freaked out if your personal space is continuously compromised. People are used to having smaller personal space here, and for that personal space to be invaded. And don’t be surprised if you are touched a lot during conversation. It’s normal.

Don’t be surprised to see women breastfeeding in public without cover. It’s common throughout Central America and it’s a normal part of life. Don’t take pictures or stare, obviously.

Don’t toss things to people. That’s usually reserved or dogs, so such a gesture could come off incorrectly.

Don’t use big bills (100 or 500 Lempiras) at small shops if you can avoid it. It’s extremely rude since you might be asking the shop owner to have more than his daily/weekly income on hand to offer as change. Try and use bigger bills in restaurants and big stores whenever possible and have small change on hand for small purchases.

People here generally put a lot of effort into their appearance — especially the women. Overdressing (in my opinion) is common and don’t be surprised to see a lot of makeup. You needn’t match the amount of makeup used, but you might consider overdressing a bit for social and formal situations.

Lastly, if you speak Spanish, I have heard Usted used way, way more here than in Guatemala, Mexico, or Spain (my references). The Spanish seems to be a bit more formal and respectful than I am used to. I don’t know if people here would be offended if you said tÃº instead. Probably not. But you can use Usted to be safe.

Favorite place to stay in Honduras?

I personally don’t stay in hotels or hostels. I always find local people to stay with and one of the rules I’ve set for myself to make things more interesting on The Happy Nomad Tour is that I can’t pay for accommodation.

That said, some friends I made in Copan Ruinas stayed in Hotel La Posada de Belssy. When the water was out in the rest of the city for two days, they still had water. The rooms are spacious and each has its own bathroom.

According to its website, a single bed room is $13/night, double bed plus single room (for 3 people) costs $16/night, and two double beds (for 4 people) costs $25/night. For breakfast you can pay 50 Lempira/$2.50 for a typical Copaneco breakfast, or you can have an American breakfast. Coffee and purified water are free.

For a small fee, they’ll do your laundry too.

If you’re on a budget, this place is spectacular and Telma, the matriarch of the family who runs the hotel, is wonderful.

I concentrated most of my time in Western Honduras and couldn’t explore a ton due to the heavy rains and subsequent extreme flooding. But in this area you can do coffee plantation tours, visit Macaw Mountain and interact with exotic birds, see the Mayan ruins, of course, and go hand gliding in the mountains.

If you go to the Caribbean islands of Utila or Roatan, there are tons of opportunities to dive, fish, and swim. It’s very touristy though, and very different from the rest of Honduras. If you visit the islands, try and make it to the mainland so you can get a taste of regular Honduran culture in addition to your underwater adventures.

Safety tips, warnings or things to be aware of in Honduras?

One of my biggest travel tips for Honduras is to know that it isn’t the safest place in the world, and you can see it here. A truck delivering food to a grocery store gets an armed escort, for example. Armed guards are always posted outside banks with handheld metal detectors, etc.

Petty theft is probably the biggest concern. Take as little as possible with you and try not to look like a tourist. I sometimes carry a decoy wallet, so a would-be robber makes off with frequent flier cards and expired ATM cards instead of the good one, but usually I just take enough cash with me for the day and leave the wallet behind.

If something doesn’t feel right, trust your instincts. Petty theft often happens with a team, so if someone seems to be distracting you for no reason, get out of the situation. And be weary of people on motorcycles. They often swoop in and out for quick thefts.

The main thing is being safe at night. I did hear gunshots at midnight one night in Copan Ruinas, for example. The next day we found out two youths were killed, though they were part of the drug trade. Such violence is usually constrained to the bigger cities though.

Be aware of your surroundings, take a taxi if you are far from where you’re staying, or avoid living it up during your time here. It depends what you feel comfortable with.

I suppose the cheapest times are during the rainy season. That is basically May — October, though May — July generally has more predictable rain (at night) and August — October is unpredictably very rainy.

The best time is probably November-February, especially if where you’re from is freezing at that time! Despite the elevation in many parts of the country, it’ll be quite warm here!

My instinct is to say nothing, but I am traveling the world for two years with just the backpack on my back. 🙂

Bring a light jacket or sweater. Even if the low temperature doesn’t seem very low and it’s not windy, it still seems to get a bit chilly at night. You’ll be able to find pretty much anything important you’d need here. I tried to fight off a stomach bug for a week before finally heading to a pharmacy. They gave me a 3-day course of antibiotics that took care of the problem.

Activated charcoal is great in these types of situations and you can usually take care of most upset stomach issues without the need for antibiotics.

You should bring a small flashlight (perhaps a keychain attachable one) in case the electricity goes off at night. You’ll need it in the street and where you’re staying if they don’t have a generator.

But you should bring an open mind. Due to the rains, the electricity and water only worked about half the time I was here. Your hotel will have a tank on the roof so you can flush the toilet and take showers, but in my case no water eliminated these conveniences.

Your hotel might also have a generator as the electricity goes out frequently regardless of the rains. The roads in and out of the city were often closed. The Copan Ruins were closed a few days as the indigenous community protested against the government. Be patient and understanding. It’s all part of the adventure!

10 Best Things To Do In Turks and Caicos (Providenciales)

The Ultimate Guide to Traveling in the Caribbean

The Easiest Way for Americans to Visit Cuba

Best Carry-on Luggage of 2018 (For Every Type of Traveler)

Previous Post: « Our Trip to Panama: The Ugly Side of Travel
Next Post: Morro Negrito Surf Camp: Last Minute Changes Are Not Appreciated »