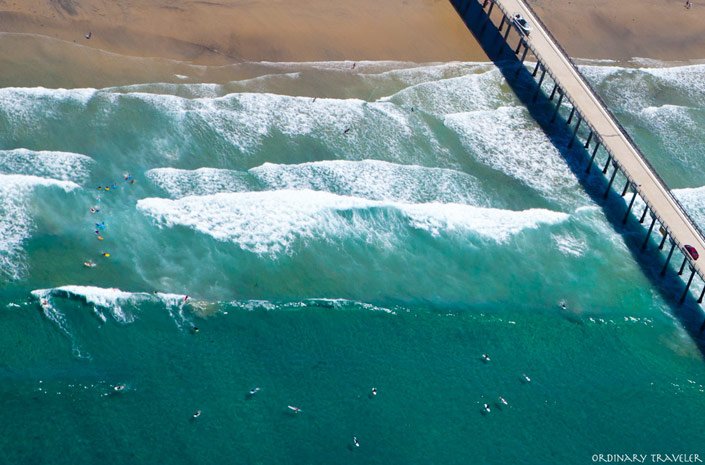 Here’s everything you need to know for taking a biplane ride over San Diego and getting one of the most stunning aerial views of this area!

As a travel photographer, it often feels like the stars need to align in order to capture those jaw-droppingly gorgeous photos we all desire.

Bad weather or unforeseen circumstances can ruin a great landscape shot — especially if you have limited time in a particular destination — but sometimes, those situations can actually create magical images that you didn’t expect. 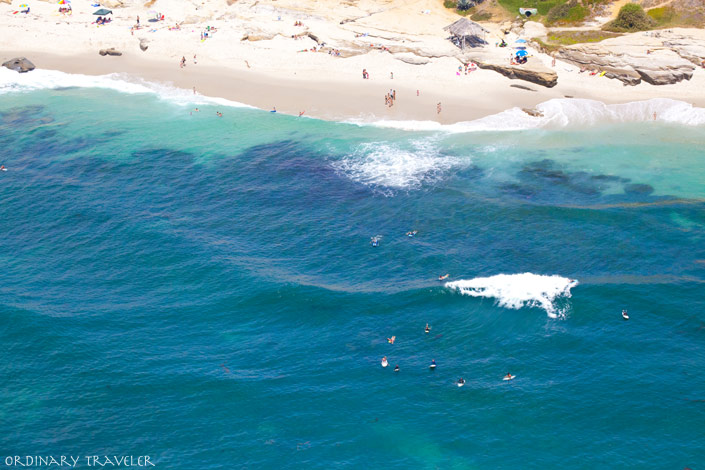 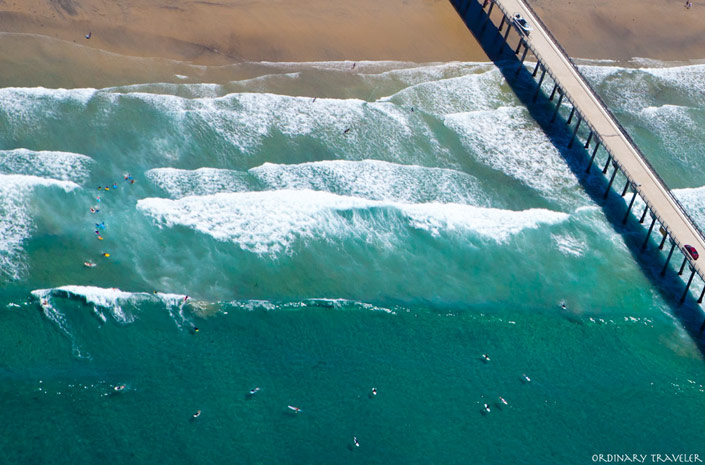 A Magical Aerial View High Above San Diego (In a Biplane!)

I recently partnered with Viator to experience one of their tours and because I had yet to see the San Diego coastline from above, I picked their Open Cockpit Biplane Sightseeing Ride. I couldn’t wait to finally photograph some of my favorite places from the air.

When I woke up that morning, the sun was shining and it was the perfect day for flying — as well as postcard-perfect aerial photos! The open cockpit biplanes at Barnstorming Adventures have room for two passengers in addition to the pilot, so I invited a friend to join me. 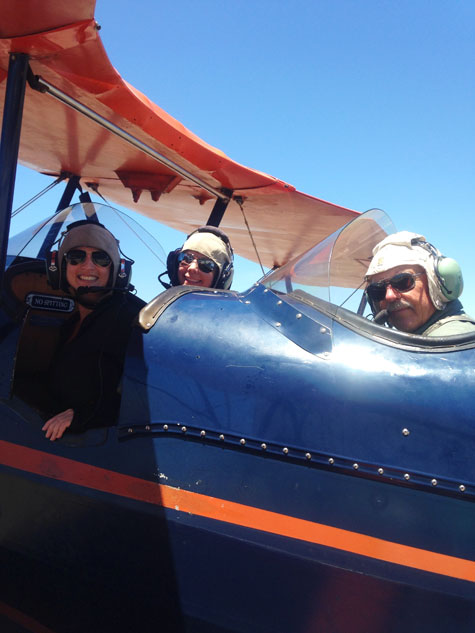 In the midst of my excitement, I forgot to scope out the best seat on the plane for photography. The pilot suggested the tallest person to get in first, so I didn’t give it a second thought until our wheels lifted off the ground.

I immediately regretted my decision because the left hand side of the cockpit had the perfect little cut out for taking photos. I did get a few shots by leaning out over the railing on the right, but with 80-mile an hour winds, it’s not easy — and you can easily lose a camera (or phone) that way. 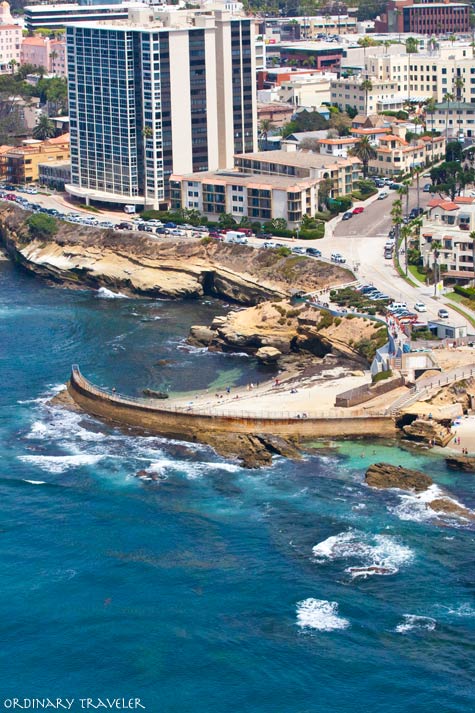 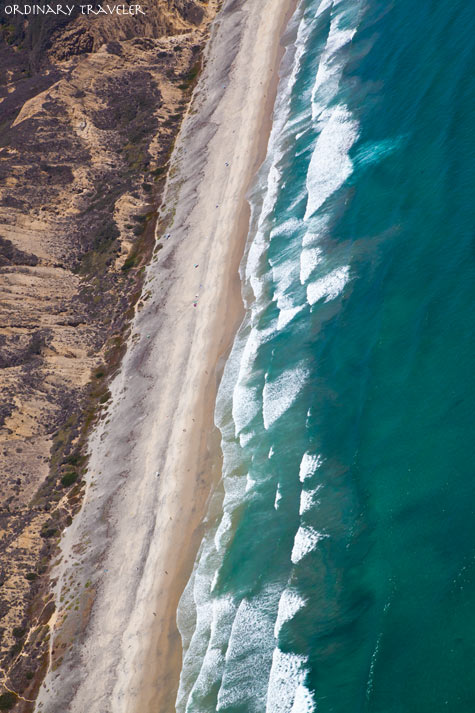 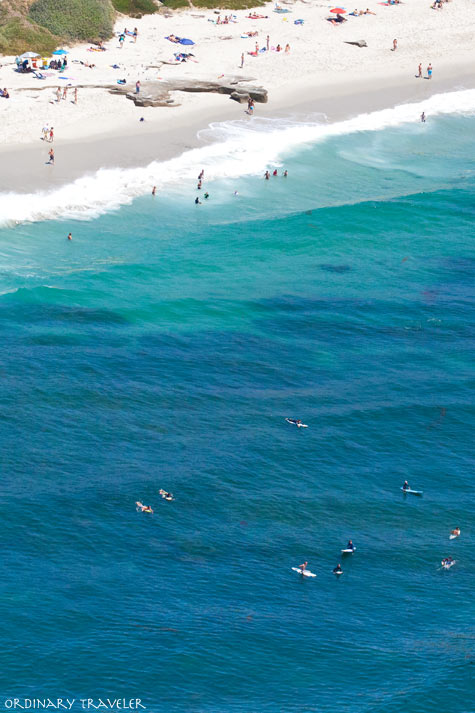 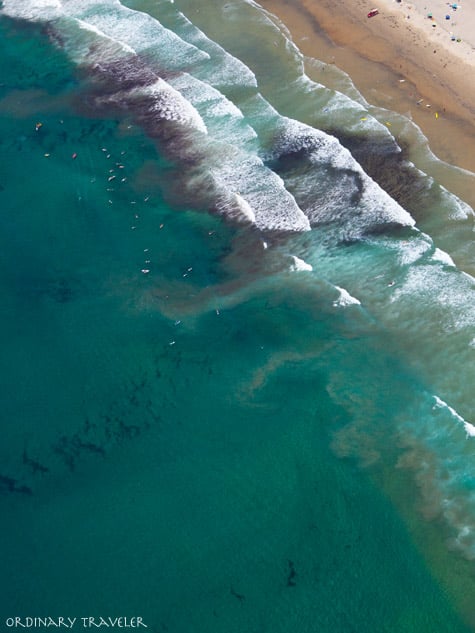 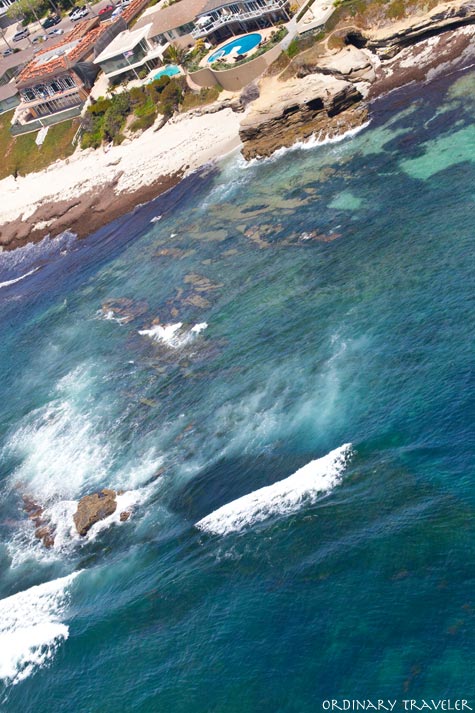 It was like torture missing those views as I peered over my friend’s lap. There was even a pod of dolphins surfing waves just south of Del Mar! Because of my poor seating choice — and a camera malfunction — I booked a second flight for the next day and was desperately hoping the weather continued to cooperate. 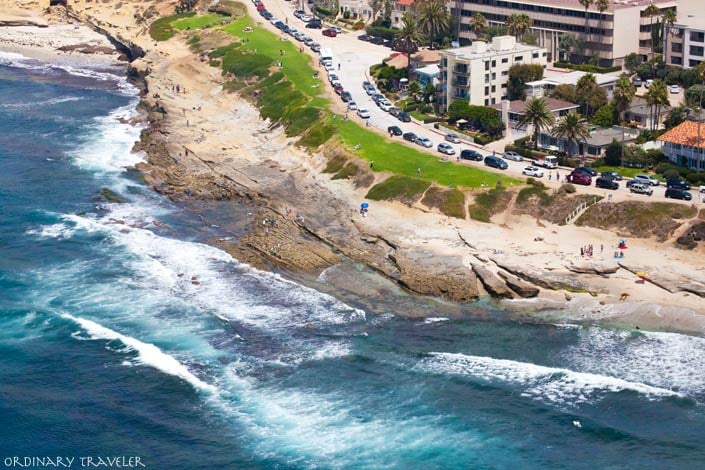 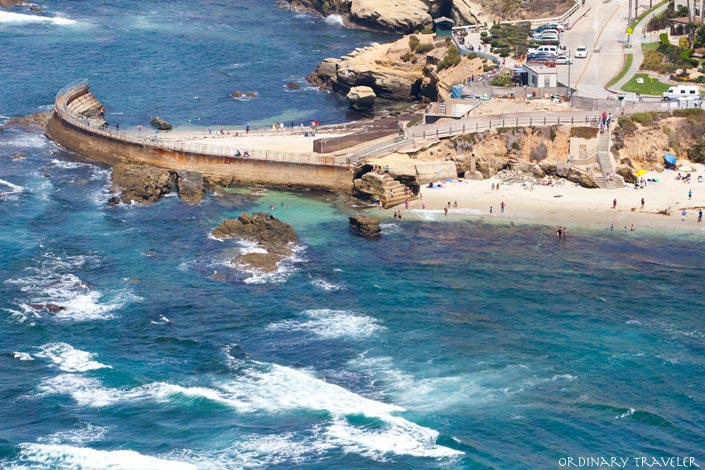 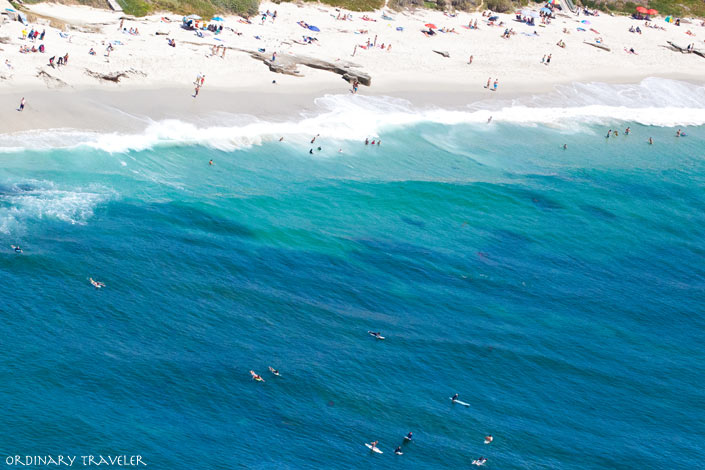 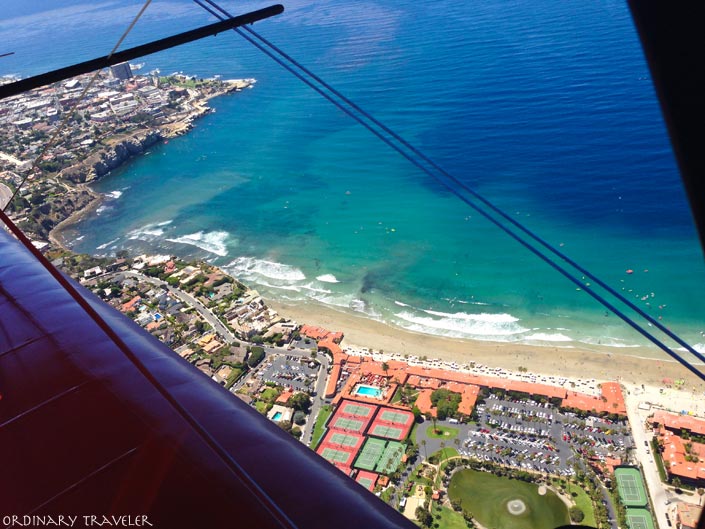 As Peter (my pilot) and I took off over the airport on round two, I could already see some clouds floating above the coast. This wasn’t our typical marine layer, but the scattered clouds hovered just a bit lower than we were allowed to fly.

As if he had read my mind, I heard Peter’s voice through my set of headphones. “It looks like we have some clouds up ahead. I’ll see if I can position us for the best photo opportunities.”

I loved the back and forth CB radio communication with Peter. It felt like we were in our own little world, above the miniature houses, surfers, and beaches dotted with people. 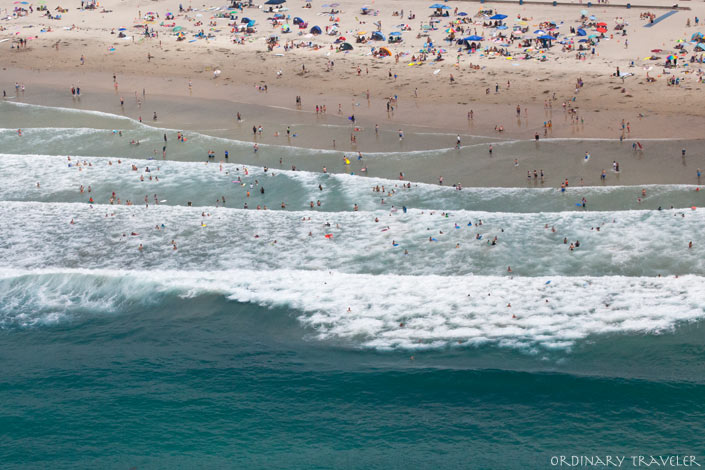 The clouds cleared as we headed north, but as we circled back to La Jolla, I had no choice but to shoot between the clouds, attempting to frame my subjects with them. Those photos through the clouds turned out to be some of my favorites from the two flights. It’s similar to a snowflake when clouds are involved, there’s no two photos the same. Nobody can go back and recreate that exact shot. As a photographer, I consider that a success.

Know Before You Go:

My Barnstorming Adventures flight in San Diego was booked through Viator. Prices for this tour start at $219 and can be booked here.

Once you book the tour, make sure to print out your voucher and bring it with you.

If you want to take photos, sit on the left side.

Inform your pilot where you want to fly. If you want to only fly along the coast, let them know ahead of time.

Expect the pilot to climb in the back seat. They fly from the back!

If you have long hair, braid it or put it in a bun or you will have a mess on your hands the next time you brush your hair. A ponytail won’t do.

Where to Stay in San Diego: A Local’s Guide to the Best Neighborhoods

How To Book The Absolute Cheapest Flights To Anywhere

Best Travel Cameras (And How To Choose One)

The Ultimate Guide to Planning a Trip to San Diego

10 Affordable Honeymoon Destinations for Every Budget

15 Best Things to Do in San Diego