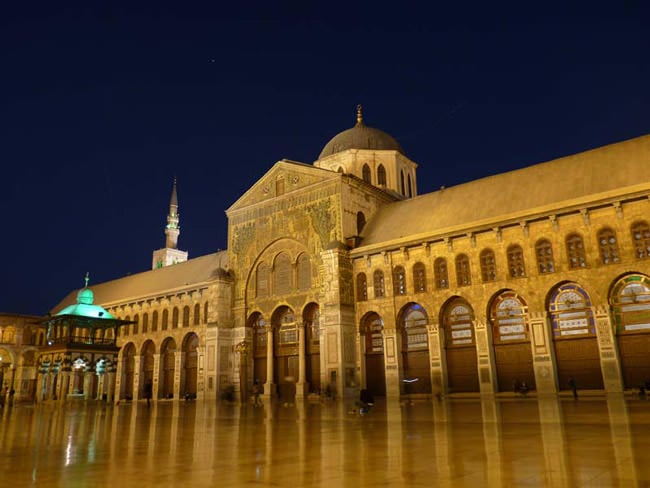 Syria Travel Tips: Everything You Need To Know

Welcome to the Around the World Interview Series on Ordinary Traveler! Every couple of weeks we will have a new guest who has either lived or spent an extended amount of time in a particular country. Each guest will give valuable insights and tips to a different destination around the world. 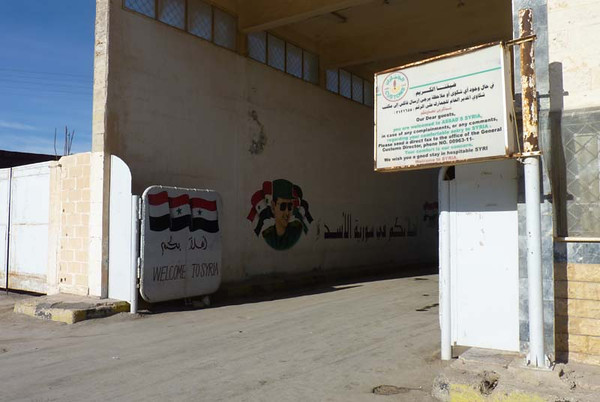 How long did you travel in Syria?

In the end, I spent 7 weeks in Syria with a 10 day visit to Lebanon squeezed in the middle.

Syria is quite an inexpensive country to visit, especially given the relative quality of services available. As a result, one should not hesitate to stay in low cost budget hotels, which often offer private rooms for as little as $10 US per night and are usually of quite good value.

Public transportation in Syria is remarkably cheap and efficient. Long distance buses all over the country are frequent, comfortable and rarely cost more than $6 or $7 USD, so there is really no need to use private transportation (which most hotels will try to offer you).

If you don’t mind a slow journey, the trains are even cheaper, with an overnight trip from Aleppo to Damascus costing approximately $4 USD. In addition, the major historical sites scattered throughout the country charge very low entrance fees (and many don’t even bother collecting this fee), making it difficult to spend money some days!

Syria is not really a country where you have to worry about your expenses too much. As a result, it is quite easy for a single traveler to visit Syria on $25 USD / day.

The evening I spent sitting inside of the Umayyad Mosque in the Old City of Damascus for three wonderful hours was a definite highlight. This is the most stunning mosque I’ve come across anywhere, with its brilliant gold and blue colors changing shades every few minutes as the sun lowers in the sky.

I took a seat on the marble floor and just looked out over the courtyard, where hundreds of people representing a colorful cross-section of Syria wandered around, prayed and contemplated in front of me. And by the time the security guard ushered me out at 8pm, as the mosque was about to close, I was all alone, enjoying a peaceful few moments in front of this perfect structure in the middle of the oldest continually inhabited city on the planet.

I highly recommend an evening visit to the Umayyad Mosque to anyone visiting Syria!

There is a massive variety of food available in Syria, with everything from felafel and roast chicken stalls to eateries serving up freshly prepared hummous, fattoush, labneh, shish taouk and plenty of yummy eggplant dishes, everywhere you turn.

There’s also no shortage of sweet shops dishing out freshly made baklava and even better, kanafeh, which I quickly became addicted to! (Just make sure you try the thick version of kanafeh, with piping hot sweet cheese stuffed in between two large pieces of pastry. The drier, thinner version wasn’t as good.)

Of course, once you sit down for some meze for the first time, which is a traditional Middle Eastern style meal consisting of a dozen or more small dishes, you’ll probably be hooked and will want to eat this way every single meal for the remainder of your trip.

Having so many different dishes in front of you is by far the best way to sample the local cuisine, especially if you’re in a particular region that offers up its own unique flavors. And the fact that meze is typically shared by a group of people makes the experience even more culturally rewarding.

One of the best meze restaurants I ate at was the Al-Kommeh Restaurant in the Bab Al-Faraj section of Aleppo, very close to the clocktower. Inside this atmospheric 5th floor restaurant, a meal of meze consists of over 20 different dishes and costs a mere $7 USD per person. There’s a reason why this place is packed every single night and it’s another place I highly recommend.

Any dos and don’ts regarding customs in Syria?

Apart from what you’d expect — the need to wear proper conservative clothes — there really isn’t too much else to worry about. It is recommended to be careful when speaking about politics and it’s probably a good idea to leave that topic out of the conversation, especially considering the recent government crackdowns on protests that have taken place, unless you are talking to a local that you have spent a lot of time with.

Apart from that, the only other custom that you need to be aware of is to NEVER refuse someone who offers you food! They simply won’t take no for an answer and chances are, whatever they’re offering is going to be excellent anyway. 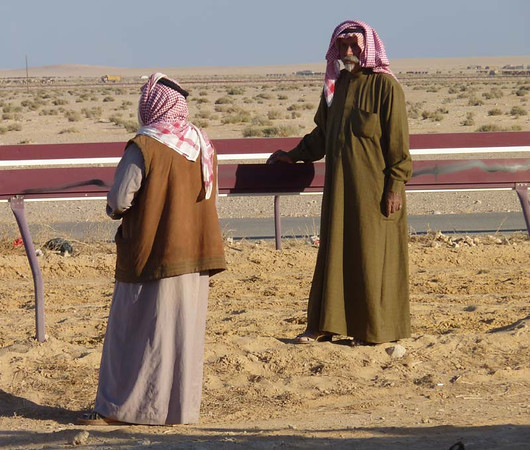 Favorite place to stay in Syria?

To be honest, I would recommend every single hotel I stayed in during my time in Syria. From the Al-Gawaher Hotel in Aleppo (comfortable, cheap & with very friendly staff) to the Hotel Cairo in Hama (excellent double rooms for $12/night), the Hotel Ishtar in Palmyra (perfectly located, great value & free breakfast) and the Al-Haramain and Al-Rabie Hotels in Damascus (cheap and simple but good location and friendly vibe / these hotels are located next door to each other), they are all places I would definitely stay at again.

You won’t really find hostels in Syria (I’m not sure if I saw any during my time there) but the quality of the budget hotels is more than adequate for any traveler looking to save money.

Also, for those who are on a really tight budget, most budget hotels offer mattresses on the roof (during the warmer months only) for around $2 – $4 USD per night. I took advantage of such accommodation a couple of times and thoroughly enjoyed sleeping in the open air while in the midst of such historical locations.

No two travelers to Syria follow the same itinerary or participate in the same activities. The reason is that Syria offers such a variety of places to visit, allowing anyone to create a unique adventure based upon their own interests.

If history is your thing, you’ll find no shortage of sites to visit, such as the ancient Roman ruins at Palmyra and Apamea and the Dead Cities of Al-Bara and Serjilla, all of which are fascinating places to spend a day or three. For the food lovers out there, you can travel around from region to region sampling all kinds of tasty Middle Eastern delights and never have to eat the same thing twice.

There are also activities for hikers, religion buffs (check out the village of Maaloula, the only place left on Earth where the locals still speak Aramaic) and those who want to spend their days in Bedouin villages in the middle of the desert.

And if you’re a city person, there’s nothing wrong with spending your entire time in Syria visiting only Aleppo and Damascus. I met plenty of travelers who did just that, preferring to get lost every day in the massive and magical bazaars and maze-like neighborhoods instead of venturing out to other regions of the country.

However, with all of that said, in my opinion, no matter what you want to see or do, a visit to the Crac de Chevaliers Castle, located near the northern border with Lebanon, should be on your itinerary. I was so impressed and mesmerized by this Crusader castle that I actually visited it twice! 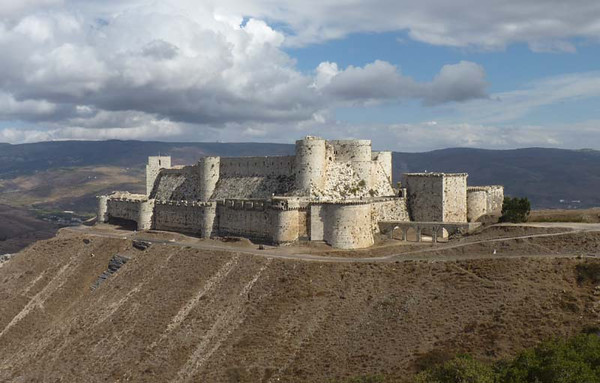 Safety tips, warnings or things to be aware of?

Despite what people may think, Syria actually turned out to be one of the safest countries I have ever been to. Apart from using the same common sense that you would use in any other country in the world, there’s not much else to be warned about.

If you’re at all concerned about something, the best source of information will be the people working at the front desk of the hotel you’re staying in. For example, they can write down directions in Arabic so that you can give them directly to a taxi driver and they can also give you information about whether or not it would be wise for you to visit a certain part of town (rarely will there be a problem).

Of course, you may be a little surprised, and possibly alarmed, by how many people randomly approach you while you’re walking down the street, but there really is no need to worry at all.

These people will not try to sell you something and they won’t try to steal your wallet either. All they want to do is extend their hand and say, “Welcome to Syria!”. It happens all the time, in every city, town and village. You’ll be offered assistance, you’ll be offered tea and you’ll be offered food, so the biggest thing you’ll have to worry about is how to fit another felafel sandwich into your stomach when a stranger invites you to lunch!

Bio: “Addicted to the first-hand education that world travel provides, Earl now writes about his nomadic adventures over at WanderingEarl.com. His posts focus not so much on the sights he visits, but on the human interactions and lessons he learns along the way. Earl also aims to demonstrate that a life of travel is not some crazy fantasy but a very realistic and rewarding lifestyle option instead.”