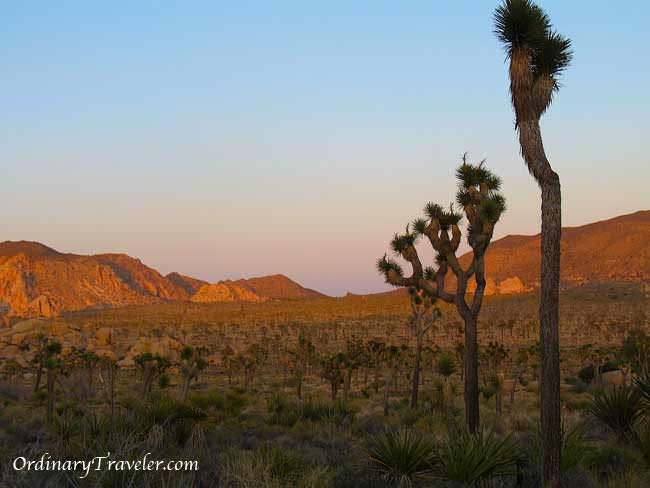 Our Brush with Death in Joshua Tree National Park

It was a blazing 110 degrees in the Mojave Desert on this particular day in early June. Dripping with sweat, we decided to leave the cool shade of our campsite to hike in the surrounding mountains made of jumbo rocks. Not the best idea at noon, but we came to Joshua Tree to explore and hike, so we weren’t going to let the heat stop us. 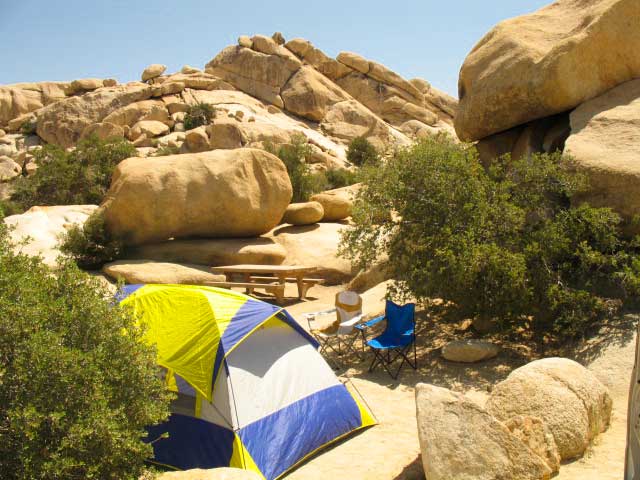 Since we are the adventurous type, we opted to hike a half mile or so from our campsite to a rock formation that no other tourists were climbing. We had it all to ourselves, or so we thought…

We took photos the entire way, grinning from ear to ear at the unique beauty of this place. We made it about 3/4 of the way to the top when I stopped to ask Scott to take a photo of me from below.

After the photo session, I waited for him to join me at the top of the rock I was standing on. He then took the lead and began walking towards the other side of the boulder which appeared to have a little bit of a drop off.

He leaped off the rock and as soon as his feet planted on the ground below, we heard a loud rattle. Before I knew it there was a huge rattle snake with its head erect and ready to strike him. My heart skipped a beat as I barely regained my balance in order not jump directly on the snake since I was following close behind Scott.

Everything I have ever been told about calmly walking away from a deadly snake completely left my mind.

My initial reaction was the opposite! I screamed as we both ran in opposite directions away from the snake.

From where I was standing, all I could see was Scott pinned in between this massive snake head and a wall of rocks. I did my best to push away my fears and tried to ignore my shaking legs beneath me. I attempted to calm us down by talking.

In my head I was thinking, “Holy crap! How is Scott going to get past the snake to get down?!”

All the warnings we have read on billboards about how to avoid rattle snakes started to flood my mind. Of course there is a rattle snake taking shelter from this heat, underneath rocks, during the blazing midday sun.

I turned my attention back to Scott and our predicament. While keeping his distance from the glaring snake, he began to search for another way down the mountain. It wasn’t looking good. There were either huge drop-offs or thick bushes preventing him from getting through.

After what seemed like an eternity, I heard him yell to me that he had found a break big enough between two bushes and he was able to squeeze through. As soon as I knew he was safe, it was now my turn to start making my way down to meet him.

With my heart racing, I peered over the edge of the rock, looking down to where Scott was standing. I wondered if the snake was able to come to the side that I was now on and if it was lurking in the shadows. Of course this sounds silly now, but I wasn’t going to take any chances.

“Can you see below me, Scott?”

After a little coaxing, I made my way to Scott, relieved he was alright, and immediately hugged him.

The entire way down the mountain of rocks, we both hesitated every time we took a step when we couldn’t see what was underneath a rock in our path or if there was a crevice between two rocks.

My nerves were completely shot. I couldn’t stop shaking.

We both agreed it was a blessing that Scott had taken the lead right before we encountered the rattler. If I had been the first one to jump, who knows if I would have been able to react quick enough to get away from the snake before it could strike. What I do know… is that I now have an irrational fear of big rocks.

10 Common Travel Scams and How to Avoid Them