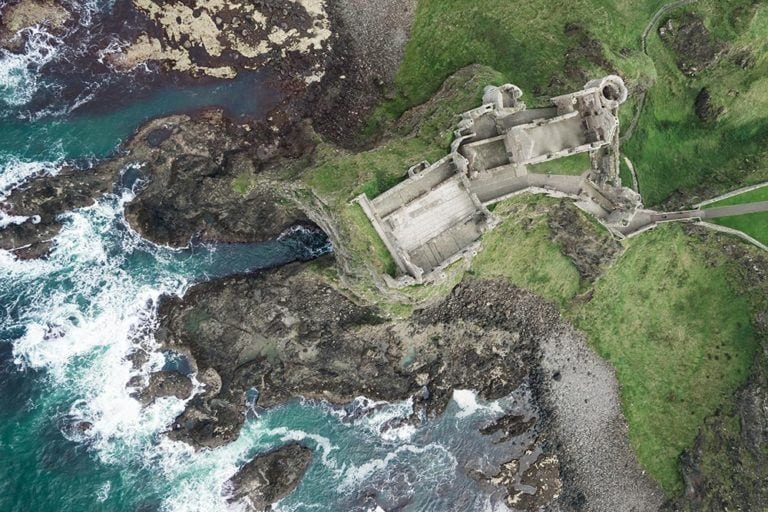 Due to the popularity of the TV show, there is now a whole tourism circuit dedicated to the most popular filming locations, which makes it easy to take either a Game of Thrones guided tour (we highly recommend Flip from Giant Tours Ireland!) or head out on your own. Before you go, remember to download the Game of Thrones Northern Ireland locations app so you know exactly where you’re headed! 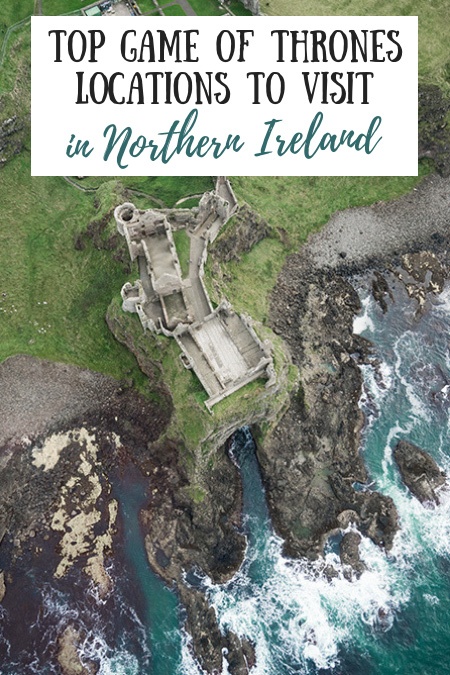 10 Game of Thrones Locations to Visit in Northern Ireland

Formed by being exposed to extreme weather over 400 million years, the Cushendun Caves, although small, are brilliantly beautiful. The caves can be easily accessed from the village of Cushendun; situated on an elevated beach near the Glendun and Glencorp valleys.

You’ll recognize the caves from Season 2, Episode 4 in Game of Thrones when they were used as a cove in the Stormlands. You know, the scene where Melisandre was brought ashore by Davos Seaworthy and then gave birth to a shadow baby. 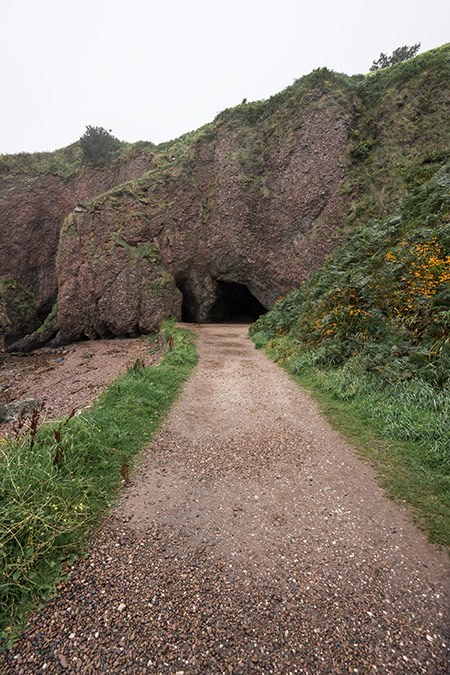 While Larrybane Quarry is now technically an overflow parking lot for the Carrick-A-Rede Rope Bridge, it is still just as enchanting as when it was featured in Game of Thrones. The Quarry is characterized by steep, white cliffs that rise from the landscape, and incredible views of the sea and Rathlin Island in the distance. 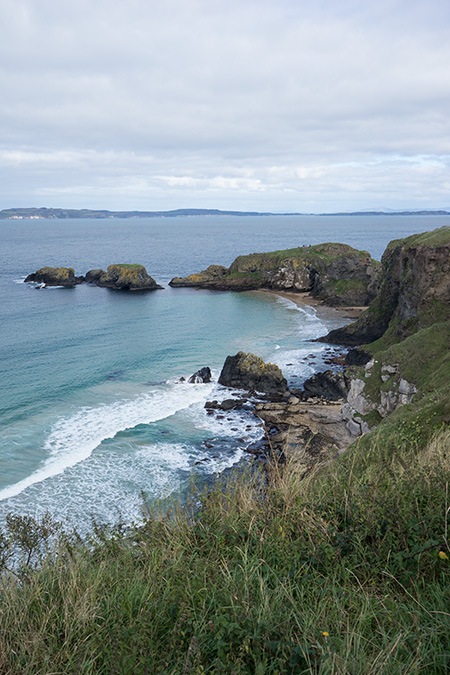 One of the most iconic and photographed sites in Northern Ireland, The Dark Hedges are a haunting row of beech trees that line the road to Gracehill House. The Stuart family planted the trees in the 18th century as a way to impress their visitors.

Known in Game of Thrones as Kingsroad, The Dark Hedges were featured in Season 2, Episode 1 when Arya Stark disguised herself as a boy and traveled through the trees as she escaped from King’s Landing (along with Gendry, Yoren, and Hot Pie going to join the Night’s Watch). 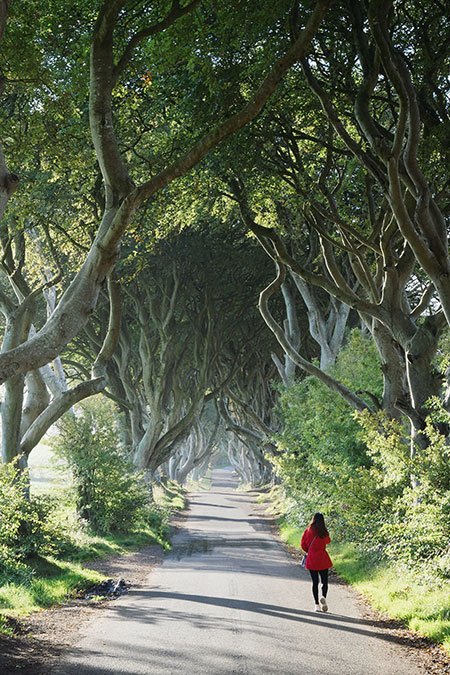 Castle Ward – near Strangford, Co. Down

Situated on a lush hillside overlooking Strangford Lough, Castle Ward is an 18th century mansion-house that has been home to the Ward family since the 16th century. The house is surrounded by 820 acres of walled land on which you’ll find sunken gardens and 34km of trails that can be used for hiking or cycling.

Castle Ward was primarily used in Game of Thrones Season 1 as Winterfell, and is home to many early GOT memories. For example, this is where King Robert Baratheon and company arrived and were met by the Stark family, and where Bran was taught to shoot an arrow by Jon Snow and Robb Stark. 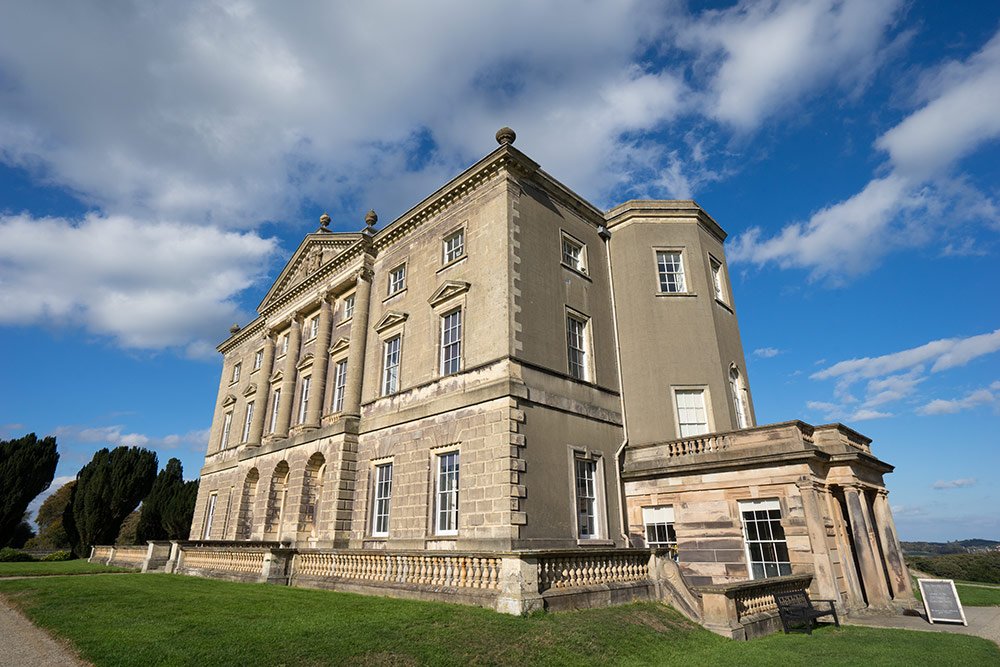 A historical fishing and trade spot, Ballintoy Harbour is made up of rocky shores and brilliant cliffs. The Harbour can be located by taking a narrow, steep road from the village of Ballintoy, which passes by the entrances to Larrybane and the Carrick-A-Rede Rope Bridge.

In Season 2 of Game of Thrones, Ballintoy was used as the town of Lordsport on the Isle of Pyke. Specifically, in Episode 2, this was the place that Theon Greyjoy returned home to after being disloyal to the Starks.

Located on the Causeway Coast in the very north of Northern Ireland, Downhill Beach is an 11km stretch of land and is well-known as being the home of the Mussenden Temple, which overlooks the beach from its 120-ft perch. If you’re looking for some activities to do while at Downhill Beach, you can partake in some water sports, or go for a scenic walk and explore nearby waterfalls.

Downhill Beach was repeatedly featured in Season 2 of Game of Thrones when it was transformed into Dragonstone. Famously, in Episode 1, this is where Stannis pulled the flaming sword and Melisandre chanted, “For the night is dark and full of terrors.”

Located on Belfast’s waterfront, the Titanic Quarter is home to an entertainment district, maritime landmarks, the Titanic Museum, and, specifically interesting to Game of Thrones fans, Titanic Film Studios. The studios are where many inside scenes of the show were filmed.

Meet the Direwolves – Strangford, Co. Down

First introduced in the opening scenes of Season 1, the Direwolves were adopted by the Stark children after they found the orphaned pups in the Wolfswood. In real life, the Direwolves are domestically bred Northern Inuit dogs, and you can visit two of them, Summer and Grey Wind (real names Odin and Thor, respectively).

When not touring around, Odin and Thor live in Strangford County, just 40 minutes south of Belfast, meeting their many fans. 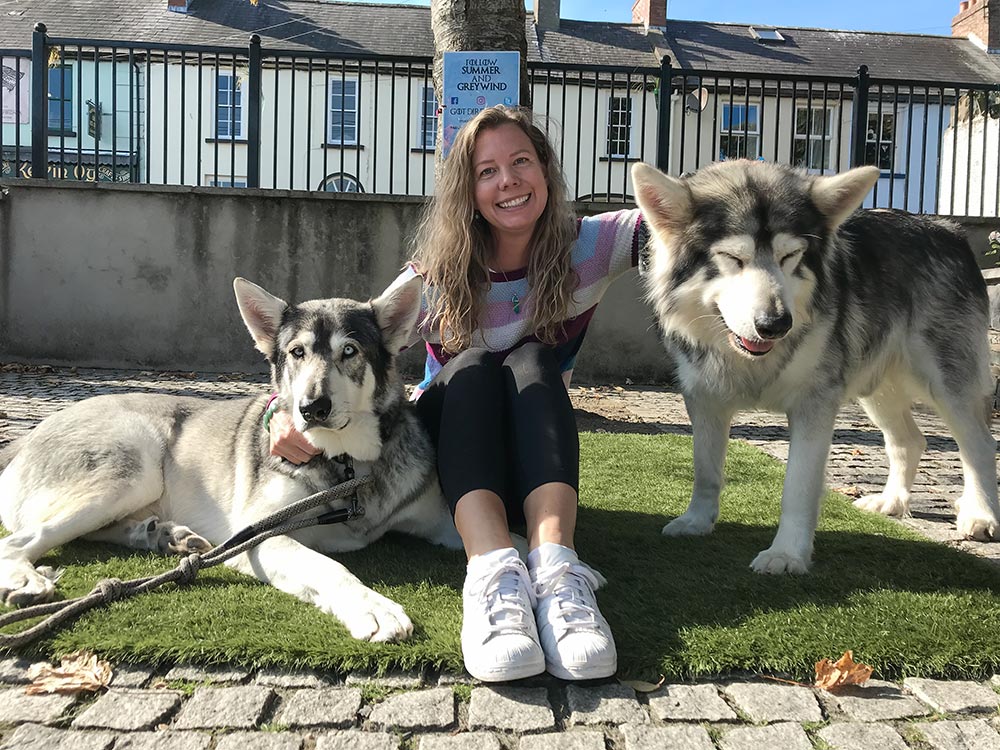 Read more: How To Book The Absolute Cheapest Flights To Anywhere

The Cuan Restaurant – Strangford, Co. Down

During these banquets, you can dress up like a Stark and eat special food inspired by the Winterfell dining options. Plus, if you really want to go all out, the Cuan even offers a special GOT-themed murder mystery banquet experience.

Perched on the edge of some dramatic cliffs along the coast, the ruins of Dunluce Castle were used as the filming site of House Greyjoy of Pyke, ruler of the Iron Islands. Of course, a little CGI may have gone into transforming these ruins into what you see on screen.

In real life, Dunluce castle was built around the year 1500 by the MacQuillan family, was seized in the 1550’s by the MacDonnell family, and then was taken over as the seat of the earls of County Antrim in the 17th century before falling into disrepair (and the sea) shortly thereafter.

Plan Your Trip to Northern Ireland

Flights: Skyscanner is the first place we check when searching for cheap flights. It searches hundreds of sites for the best fare and includes both standard and budget airlines. The calendar (or “map”) feature shows the cheapest days to fly in your preferred month of travel.

Accommodation: Booking.com offers savings on hotels, apartments, and villas in 80,000 destinations worldwide. You can browse hotel reviews and find the guaranteed best price on hotels for all budgets.

Travel Insurance: We never travel without a travel insurance policy because it’s not worth the risk! We use and trust World Nomads, which we’ve used for the past 8 years.

Previous Post: « 5 Ways To Connect With Nature In Montana This Winter
Next Post: The Ultimate Travel Guide to Kandersteg & Lake Oeschinensee »