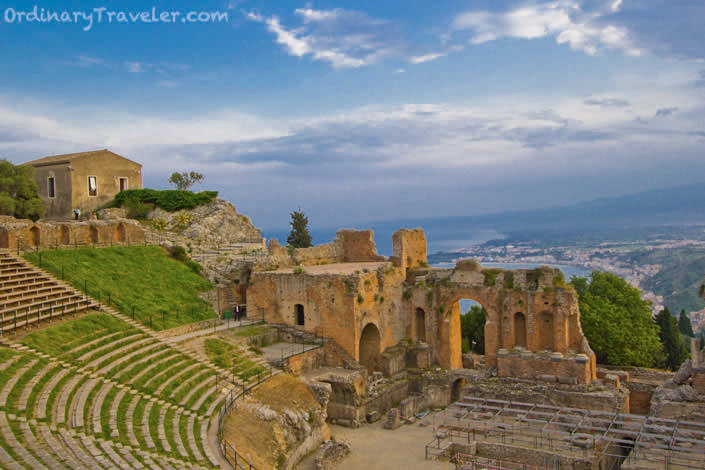 Taormina’s Greek Theater is definitely worth a stop when visiting Sicily. Situated in the quaint town of Taormina, this spot is full of history and beauty!

Sometimes it takes several months after a trip before I can look back and edit certain photos. Many travel photographers say they have to give their work time to settle and for a trip to become less emotional before they can see their photos for what they truly are.

I didn’t want to even think about editing the photos we took at the Greek Theater in Taormina, Sicily in May of this year. When I initially looked at these photos, I thought they were boring and considered just trashing them.

Now I’m glad I didn’t because I really like the lighting of this theater at sunset with puffy clouds in the background. I wasn’t able to capture this place in favorable lighting during my first trip to Sicily, so I’m thankful we came close to sunset during our recent trip to Italy. 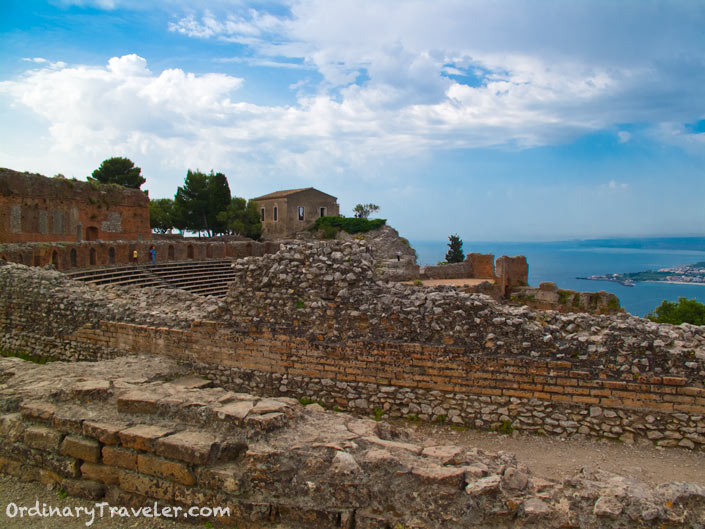 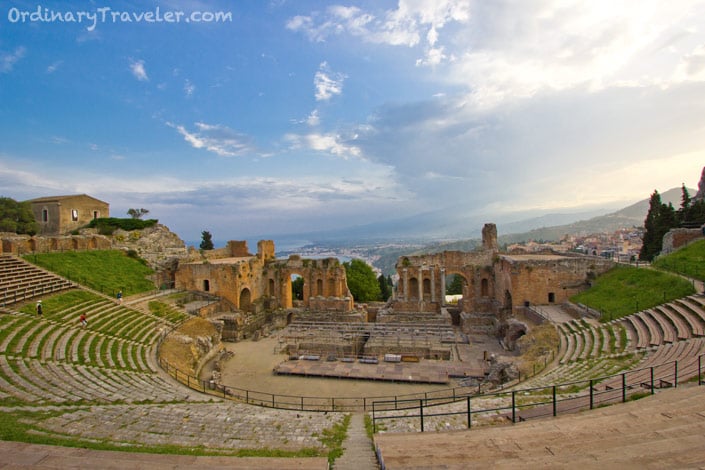 Have you been to the Greek Theater in Taormina? If so, what did you think of it?

10 Places You Can’t Miss in Italy

Rome Travel Tips: Everything You Need To Know Before Visiting

Cinque Terre Travel Tips: Everything You Need to Know

Previous Post: « Tips For Off-Road Driving Around the World
Next Post: Where to Stay in Playa Del Carmen – Mexico »