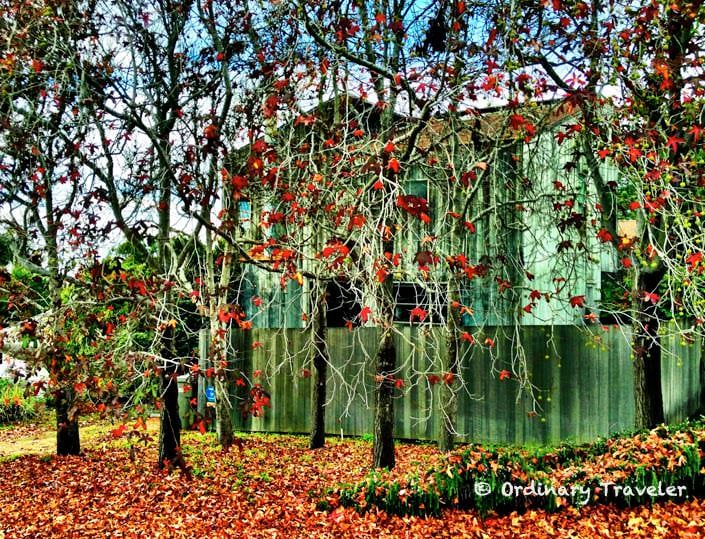 I walked past this house in Del Mar yesterday when scouting two new homes that we have been hired to photograph. For those of you who have never been to Del Mar on the coast of San Diego, it’s made up of fancy homes with perfectly trimmed yards.

This house and the landscaping really caught my attention. It looks almost as if it doesn’t belong here, but I absolutely love it! For a moment I was transplanted to the east coast, where the December air is brisk and colorful fallen leaves are in abundance.

After living in San Diego for almost ten years, I’ve come to miss the changes in the seasons. Don’t get me wrong, I don’t miss the snow or the freezing cold temperatures in Northern California — where I grew up — but I do miss the fall, especially when the leaves change. I miss the smell after a rain, cozying up near the fire, and exploring the seasons with my camera in hand.

I try to make a trip home during this time of year or book a trip to a new destination that is know for its fall colors. Many times I plan these trips too late, so I’m forced to find new and exciting places to photograph in San Diego, such as this little gem I found in Del Mar.